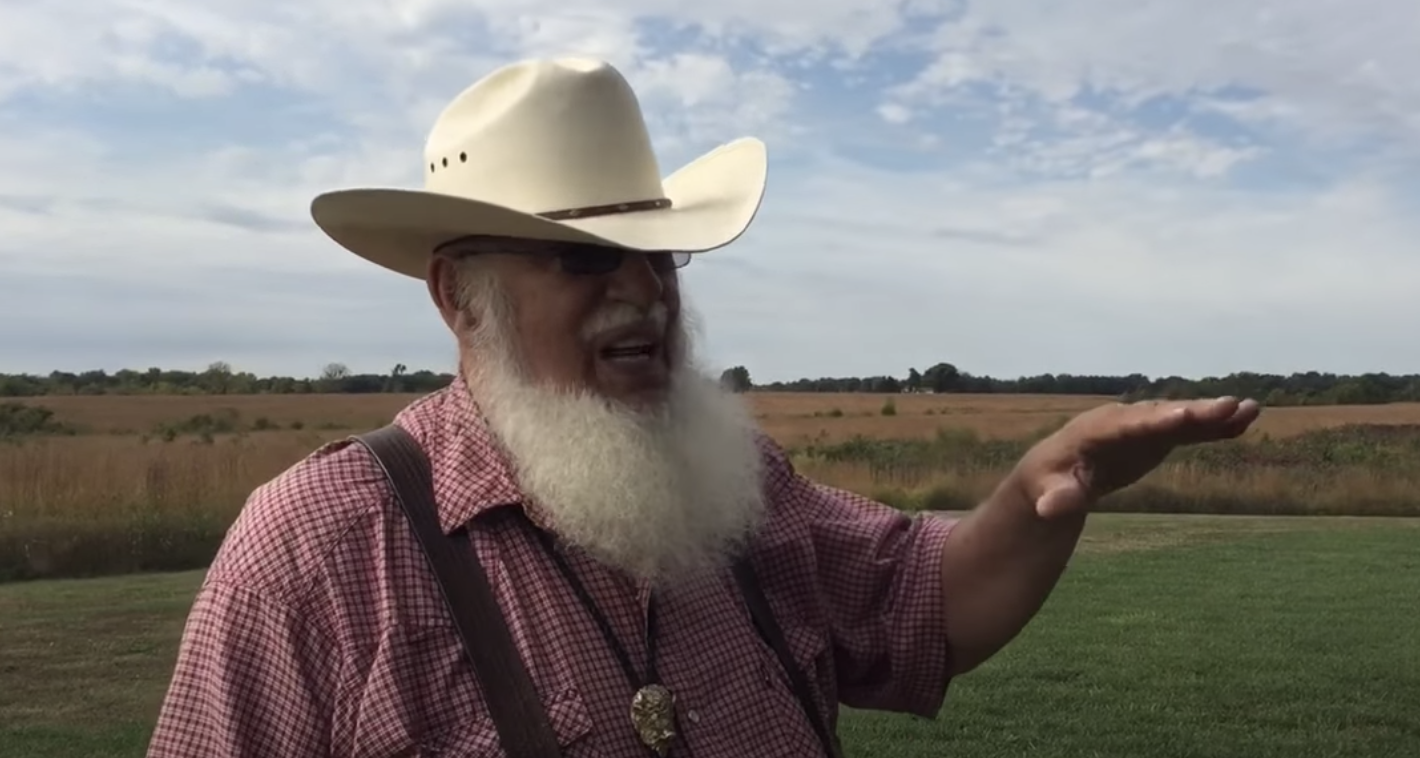 Wading through blood and mud

Mine Creek Battlefield near Mound City saw a clash between Confederate and Union troops in 1864, near the close of the Civil War.

The ground was swampy and saturated the afternoon I wandered Mine Creek Battlefield near Mound City.

Though I cursed the mud aloud, I soon realized how appropriate it was, as conditions were similar on Oct. 25, 1864, the day of the events in question.

Confederate General Sterling Price had set out to wreak havoc across eastern Kansas near the close of the Civil War, but things weren’t going as planned.

His forces were retreating south not far from the state line, losing battle after battle, and when their wagon supply train became stalled at Mine Creek crossing in Linn County, he’d have to fight again.

2,500 Union cavalrymen were bearing down on them on “the Butternuts” from behind, yet even with superior numbers of between 7,000-8,000, the situation soon became grim.

BY 10:30 that morning, despite the wet conditions, with horse hooves and wagon wheels getting constantly mired, both sides moved into position.

Confederate artillery opened fire first, with cannons belching black and red, and the Union followed suit, until blood and screams began to mix with the previous night’s rainfall.

The first Union troops, of the Tenth Missouri, started toward the Confederate line with bugles blaring, but froze in their tracks after realizing they were outnumbered nearly three to one.

General “Fred” Benteen, who later gained fame at Little Big Horn, rode out front, screaming at the men to advance while swinging his sword about wildly, but to no avail.

Troops behind the Tenth kept pushing, however, and soon the charge was reignited following a chain reaction down the Union line.

ACCORDING to historian Arnold Scholfield, it was an absolute sight to behold.

“The Union soldiers are stirrup to stirrup. You’re seeing a blue mass come towards you,” he said. “And as it gets closer to you, the ground starts to shake and pulsate underneath your horses’ and mules’ feet.”

The Union, “they are in a massive formation, and they are charging down that hill, and it looks like rolling blue thunder,” Scholfield continued.

“And when it collides with the Confederate line, the force of the impact carries them through it like hot knives through butter.”

DESPITE superior numbers, most of the Confederates only got a single shot before they had to reload, which meant being overwhelmed by gunfire.

Some simply fired that shot, then turned and fled while they still had a horse beneath them.

Others would stand firm, using their rifles as clubs while still riding, leading to brutally fierce eruptions of hand-to-hand combat.

Such close fighting was further complicated by the fact that many Confederate soldiers, needing improved equipment, had confiscated and were wearing blue Union uniforms.

Confusion was rank, and friendly-fire a terrible reality.

Moreover, it was through this scrambled understanding that 20-year-old Private James Dunlavy managed to capture Confederate General Marmaduke, when he mistook the young man for one of his own.

SPEAKING of young people, it’s worth an aside to note that many civilians were witnesses to the terrible carnage as well.

For instance, on the morning of Oct. 25, something eerie happened while the Union men had stopped for breakfast.

“Suddenly a little cry was heard quite near at hand … and looking about, we found lying in the grass … a little girl hardly more than six years old, with blue eyes, light hair and very pretty. … She had a school book in her hand, … and was mute to all questions.”

One possibility is that this girl was actually a refugee who had been fleeing with her Confederate-loyal family down the state line, but no one knows for sure.

Local Barbara Jane Dolson recalled holding her infant daughter in arms, watching as Confederate troops marched by her parents’ home on the morning of the battle.

Chaos would soon unfold not 100 yards from the house, and Dolson would quickly find herself becoming an impromptu field nurse.

“As soon as the firing ceased,” she wrote, “Mother and I went to see what we could do for the wounded. … They had fallen all about the house and crawled away to fence corners or brush.”

“When all the wounded were taken from the field,” Dolson continued, we went to the hospital which was established in a cabin north of the creek. … Here was a sickening scene. … Some were bearing their pain without a murmur, some groaning, some crying, some praying and some dying.”

AS NOON approached, the Confederates were in full retreat and the creek crossing had completely devolved into chaos.

The water was high and rushing, and hundreds of horses and wagon wheels had turned the mud there into an absolute mire.

As I leaned near the water myself, I dreamed the cacophony all around me, the wagons stuck or overturned nearby, the smell of gunfire and entrails already beginning to rot.

In time, the Confederates would be decimated.

And indeed, later that evening, perhaps for both strategic reasons as well as out of frustration, Gen. Price ordered half his wagons burned.

After that, the Confederacy never again troubled Kansas.

THE AFTERMATH, however, was beyond words.

Decaying horses and mules littered the battlefield for months following, producing a stench that sickened locals, who continually implored military officials to have them removed.

Two young boys were killed/maimed while playing with an unexploded shell they had found near their home.

Yet I don’t think the reality of such losses, such death, truly hit me, though, until I visited the stone memorial to fallen Confederates near the creek.

There, in a tranquil and tree-shaded grove, the number of casualties is listed as 600, but the most harrowing detail is that “many of those killed in action were buried in unmarked graves on this battlefield.”

I had been walking through a vast cemetery and didn’t even realize it.

The dead were all around me, and there was nothing I could do but listen to their stories as they wafted on the blood-stained breeze.