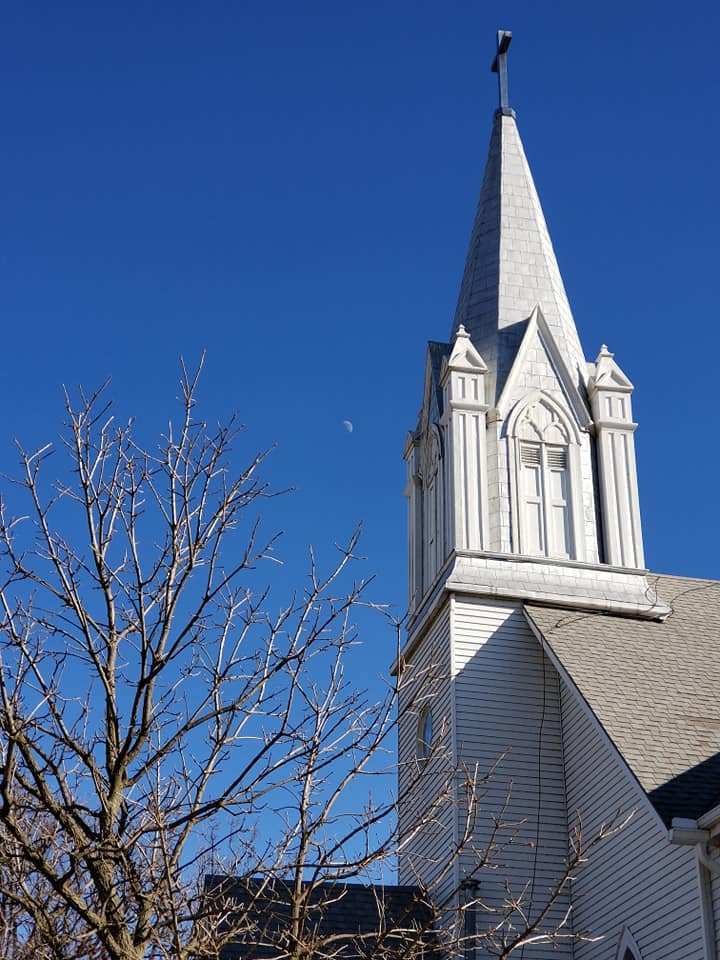 The Swedish settlement in southeastern Allen County was home to a rich culture, transplanted from a storied land. Many remnants of it can still be found today.

Watching as the snow glided slowly to the earth, I wondered if the swirling white flakes would have reminded Swan Olson of home.

He’d crossed the Atlantic from Sweden to eventually find himself in southeastern Allen County by way of Illinois, trading wind-swept mountains for endless open plains.

It was a gambit Olson and others like Peter Hawkinson were willing to take, rather than perish in the agonies of famine.

However they must have wondered if they were doomed regardless, whether God had uniquely selected them for persecution given what followed.

For just five years after digging in and building a life for themselves along the banks of Big Creek, a Biblical plague of locusts descended upon the land, consuming everything in sight.

Swarming black clouds of the ravenous insects rose up to block out the sky, and it’s said they even ate the brooms used for sweeping cabin floors.

IT WAS after the locusts crawled from their eggs to wing away that for many the wandering truly began, the sojourn through the proverbial desert.

Some of the settlement Swedes walked clear to Fort Scott to dig coal for a living, a distance significantly farther than that of hoofing it to Humboldt for mail.

And they went everywhere else on foot, too, oftentimes without shoes, including to church, where caravans of people would often cross great distances together in a shared physical rite.

Between the Swedish cemetery and Friends Lutheran Church, I dreamed them there, chatting in their native dialectic as they strolled in a group of about 30.

In their overalls and calico dresses their banter resembled German enough that I was able to parse the occasional familiar word or two.

Perhaps they perceived the endless walk as a penance, I thought, an atonement for sin.

For as snow swept across the prairie through their ghosts, burning my skin with cold, every step became a means of purification.

OR PERHAPS these spiritual wanderers were simply as fierce and stubborn as their legendary Viking ancestors.

Continuing to put one foot in front of the other was simply what must be done to survive.

The querulousness of the early Swedes, however, seemed to bubble to the surface often enough that even a casual observer might notice.

One battle regarded placement of the church and cemetery, along with the “formality” with which religious services would be conducted (i.e., whether one was free to shout in tongues).

A pastor named S.J. Osterberg from Kansas City represented a clan that wanted to build in the northeastern corner of the settlement.

A layman named Andrew Haff and his clan wanted to build in the southwestern corner.

So nasty became the spat between factions that many a verbal and physical fracas broke out, and afterwards no new pastors wanted to serve the area lest get caught up in a combination of political and spiritual warfare.

You’d be forgiven for thinking that some deep, unconscious part of the Swedes had been reminded of when their pagan forebears had fought to resist assimilation by Christianity back in Europe centuries earlier.

IN TIME, tempers eventually cooled somewhat thanks to grumbling compromise, and under the leadership of Rev. Moren, the present church was finally built — to accompany the parsonage, country store, blacksmith shop, wagon shop and more.

Dedicated in May 1899 after being built by the Huff brothers, it’s steeple scrabbles 65 feet into the air, and when I was last there it looked as if its apex might pierce the moon.

Blue and white, silver and gray, it’s as if the structure itself is carved from snow and ice, reaching towards a memory of the Swedish homeland.

To wit, there weren’t services conducted in English for the first few years of its existence, which again points to a stubborn desire to keep old traditions alive.

One old farmer compared English-language services to “near-beer,” as flavorless and without any “kick.”

One of the matriarchs in the congregation expressed a fear that, as opposed to Swedish, those who heard services in English might not be properly “saved.” (Akin to music tastelessly played on a violin rather than a pipe organ.)

Indeed, linguistic resistance amongst the settlers was a common theme, and when it was announced that schools, both religious and secular, would be conducted in English, a few folks became as full of fury as a frigid mountaintop.

Though it’s not the first Odense schoolhouse building that still stands today west of the church and cemetery, one can nevertheless dream angry Swedes taking the floor there, making their opinions readily apparent to all in attendance.

ANOTHER tradition that the Swedes held onto when coming to the U.S. involves the ancient practice of eating lutefisk or “lye fish.”

It’s prepared by taking white fish and pickling it in a bath of lye and water over the course of several days until it becomes flaky and a bit gelatinous.

The practice evinces the memory of countries where life was tied to fishing, and preservation by drying and rehydrating so that one would continue to have food in cold winter months.

Legend has it that the dish was discovered after a Viking village was attacked and the hungry survivors had to figure out a way to prepare cod after it had been soaking in the ocean.

Lutefisk is typically served at Christmastime, but as suggested by the example above, was eaten long before Swedes became Christians historically.

It’s often served with butter or white sauce, and is accompanied by sides like boiled potatoes and mashed peas.

LEANING over Swan Olson’s grave, I wiped away frozen sleet and wondered if he’d be grateful for the assistance…or perhaps simply inquire after the lutefisk I just mentioned.

The silver-white sky sprawled in every direction as the wind screamed, and I marveled at the moment when my own stubbornness might have rivaled the Swede’s.

Had he found what he’d been looking for there on the infinite Kansas landscape? Had his existential journey brought him to where he’d imagined?

What wisdom might he have for me more than a century later?

It was at that moment I swore I heard him say, in uniquely lilting English: “keep walking.”