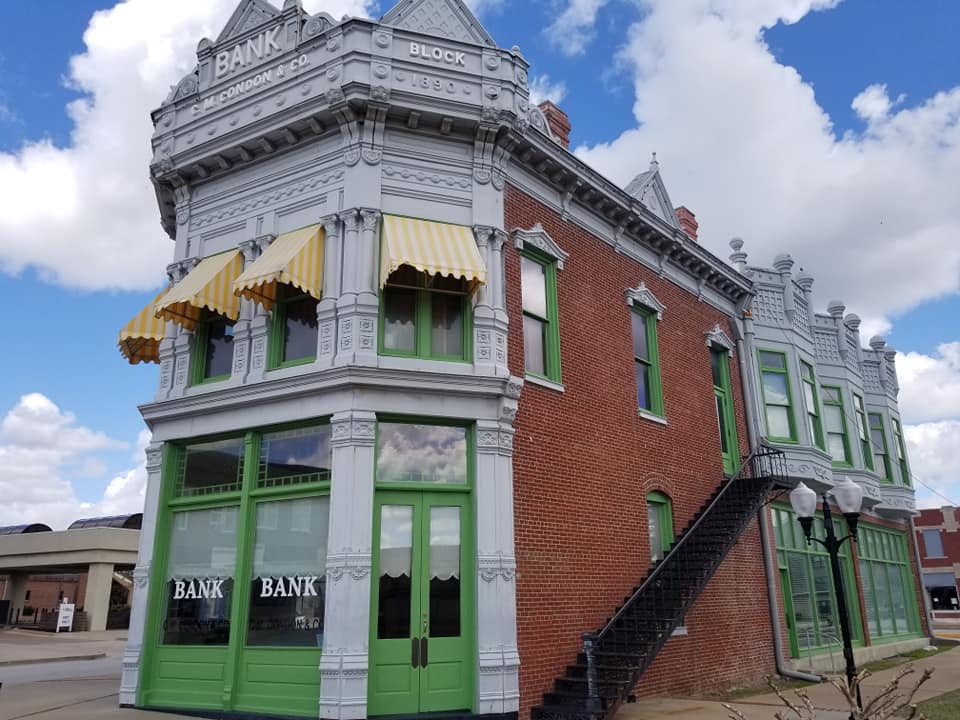 The Dalton gang's attempt to rob two banks at once in Coffeyville ended with numerous deaths, as locals stood up against them for a final showdown.

The autumn air, still and breathless.

Deathly light crept from thin clouds to illuminate Bob Dalton’s footfalls as he and the rest of the gang exited the alley near the crumbling Coffeyville jail.

They held long Winchester rifles close to their legs, dog-trotting, so despite Grat Dalton’s enormous fake mustache, a shopkeeper recognized them immediately and fled.

Others quickly divined what was happening as well, including workers attending to the city’s streets, and soon the cry went up:

“The Daltons are robbing the bank!”

ENTERING the Condon Bank, Grat leveled his rifle at the cashier and handed him a sack, likely accompanied by the threat to paint the walls with his brains.

However, Grat’s attention quickly turned to the bank’s vault safe filled with gold, and in what was one of his fatal errors, believed the safe was on a time-lock that couldn’t yet be opened.

At the same time, Emmett and Bob Dalton had swept into the First National Bank just across the street, and in a flash, procured a bag of gold from the cashier, Thomas Ayres.

With Ayres as cover, they moved to make a hasty escape, but instead found an American Express agent waiting for them outside with his revolver.

With bullets now cutting the air, the Daltons dropped Ayres in the street and darted back inside to find more hostages.

BY this time, local hardware stores had armed a number of Coffeyville residents, who had begun shooting through windows at the Condon Bank.

Grat, along with Dick Broadwell and Bill Powers, returned fire from inside, wounding several locals while unwittingly waiting for the firmly-locked safe to open.

Having regained their composure, across the street Emmett and Bob decided to make a run for the First National’s back door.

A local named Lucius Baldwin was waiting for them, gun cocked and loaded, but Bob shot him dead after he refused to drop it.

Others would fall to Bob’s sharp shooting as well, including George Cubine and Charles Brown, who’d been lying in ambush at a nearby drug store.

Cashier Thomas Ayres, who’d initially been dumped in the street, was likewise given a life-long disability, when Bob put a bullet in his head from over 200 feet away.

WITH a hail of bullets now showering the Condon Bank, escape became imperative if near-impossible.

Yet somehow both teams from the Dalton Gang managed to find their way back to the alley where they’d hitched their horses, sacks of cash in tow.

Town Marshall Charles Connelly, thinking the Dalton’s were still on the plaza, entered the street with his back turned and got a bullet in the head from Grat for his trouble.

Local John Kloehr had better luck, however, and before Grat could turn his gun from Connelly, Kloehr shot him in the throat, sending a spray of dark blood into the air.

The alley, which had not originally been part of the escape plan, had become a death trap, as shots blasted out from the nearby hardware store and elsewhere.

Bob was hit in both the head and heart, killing him outright, and Powers was killed as well as he tried to mount his horse.

Dick Broadwell managed to escape, but having taken several bullets, was found dead around two miles from town.

Not realizing Bob was already dead, Emmett tried to rescue him, but was shot in the back with a load of buckshot for his heroics. Incredibly, he took 23 gunshot wounds in the melee, ranging from his right arm to his groin.

EMMETT may have regretted surviving.

But despite being given a life sentence at the Kansas State Penitentiary in Lansing, he was pardoned after 14 years.

Thereafter, he moved to Hollywood, Calif., and became a real estate agent, actor and author, though many claimed the events in his book, “When the Daltons Rode” (1931), were mostly a fabrication.

He later noted that one factor behind the attempted double-robbery was that the Gang had been pursued mercilessly by Deputy US Marshal Heck Thomas.

They’d hoped that a large enough score would allow them to escape both the area and Thomas’ relentless pursuit.

STANDING outside the Condon Bank in Coffeyville, I dreamed the aftermath of the failed robberies.

The smell of gunpowder and blood and sweat still hung in the cool air, and like other curiosity-seekers, I elbowed in close to get a look at the dead bandits.

There they lay, lifeless, on display like trophies or mannequins: Bill Powers, Bob Dalton, Grat Dalton and Dick Broadwell.

Hands were folded over chests, Bob’s rifle splayed across his body.

At one point, local law enforcement even scooped up Bob and Grat’s corpses to pose for a grim victory photo.

BUT what does it all mean, I thought?

Perhaps the lesson is one regarding memory, and the fervent quest to enshrine oneself in the pages of history.

Certainly, we remember the deeds of the Dalton Defenders, those courageous fellows who protected their town and its meager wealth.

I even made a Sunday afternoon pilgrimage to Burlington, just to visit the grave of Lucius Baldwin, a citizen who perished in the fighting.

But we all know who the real legends are, those anti-heroes whose deeds precipitated this recounting of events from that fateful day, Oct. 5, 1892.

BOB Dalton, it seems, had an inkling that this transfiguration might be possible.

He once claimed he’d “beat anything Jesse James ever did—rob two banks at once, in broad daylight.”

And though he failed, it didn’t ultimately matter.

He had nonetheless found a path to immortality.