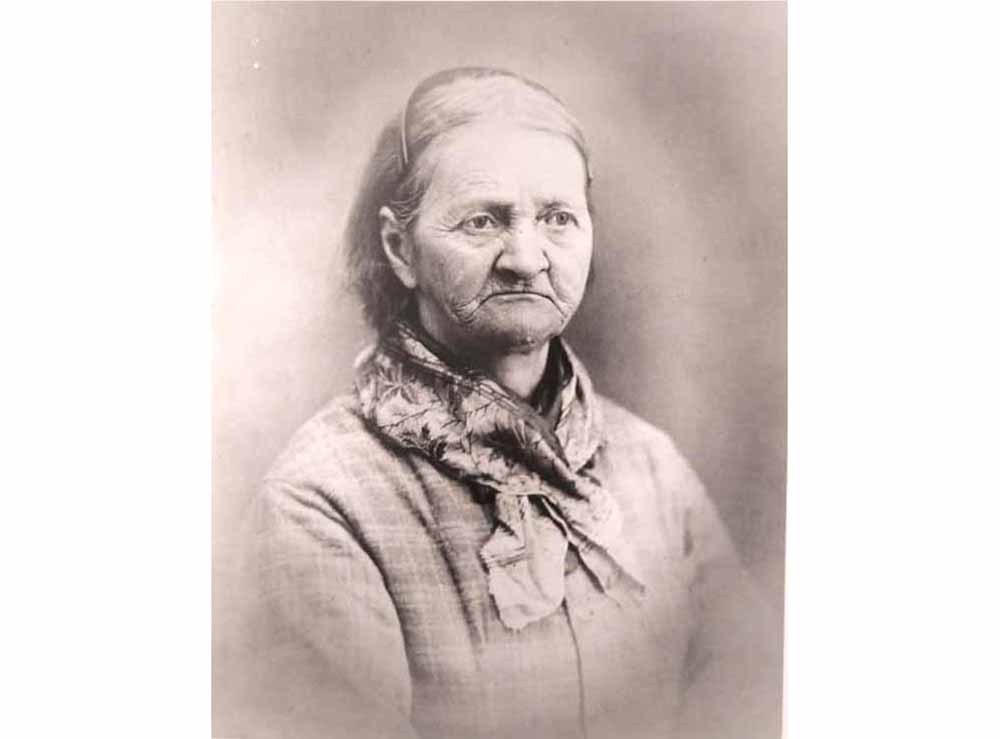 Seeking the misfits of Charleston

West of Iola once sat Charleston, the home for people of color and others who didn't quite belong. Former residents shared their stories in the Iola Register archives, telling of the challenges they faced from a very unique place in local history.

I’ve always had a penchant for misfits.

You know, those folks who, due to eccentricities, fashion habits, gender performance or whatever, have been pushed to the edges of society.

Such marginalization was, of course, prominently on display during the formation of Allen County as well, as evidenced by one of its least-known settlements.

West of Iola, just west of the Neosho River once sat Charleston, a haven for people of color and anybody else who didn’t quite belong.

No one alive seems to know exactly where it was, but every time I stand on the riverbank west of town, I close my eyes and listen carefully for the whisper of brown, Black and red ghosts, moving about their little cabin town.

The best window I’ve found into the forgotten world of Charleston is from  letters written or dictated by former Black slaves.

One of them was Albert “Deacon” Woodard, described as a “pioneer colored man of Iola,” who was born into slavery in Tennessee in 1852.

The avowed Baptist enjoyed smoking his corn cob pipe, and was known for having giant feet.

Woodard was actually the name of Deacon’s former owner, and after the Emancipation, he rented his old master’s farm and worked it himself.

He then traveled to Kansas in 1871, along with a “‘herd’ of colored folks, about 40 in all.” It took them 65 days to cross the distance from Tennessee.

Although the party arrived in Iola, they were all soon settled in, you guessed it, Charleston. The place where, as Woodard put it, “nobody but colored folks lived.”

According to Woodard, in Charleston “there were no stores or public buildings, just a cluster of cabins,” none of which were likely standing by the dawn of the twentieth century.

And he describes how most made a living, saying “the colored folks over there lived by their labor, of course. Everybody around here burned wood in those days and most of the labor was cutting firewood.”

He even remembered that his first job was cutting cords of stove wood for Mrs. Harmon Scott, for which she paid him $2.

When Woodard corresponded with the Iola Register, the conversation concluded with the following attempt to transcribe his dialect: “He is 77 now. Weary totin’ such a load. Tredgin’ down dis lonesome road. … He don’ his sheer o’ ha’d wo’l an’ he goin’ tek it easy f’om now on.”

An even more colorful and detailed account of Charleston comes to us from former slave and Iola housekeeper Nancy Grubbs.

Grubbs did not belong to a white person, however, but to a Native American chief’s brother. Hence she came to Iola by way of Indian Territory in Oklahoma, and her parents/their owners likely walked the Trail of Tears.

She mentions arriving in Iola in 1862, a time when many indigenous refugees were fleeing north into Kansas (such as Chief Opothleyahola and his band of Muskogee).

According to Grubbs, Charleston was named for a Charles Ross, and “the Creeks [Muskogee], Choctaws, Freedoms [Freedmen], and Seminoles all lived together.”

She also noted that “there were many witches among the Seminoles and Choctaws,” including the head witch named Rock.

Charleston was therefore a highly multicultural place, mirroring the more expansive multiculturalism, cosmopolitanism and linguistic diversity that characterized southeast Kansas in the second half of the nineteenth century.

Yet it was certainly not without peril.

For instance, Grubbs shares the story that “one day Granny Cowden and a bunch of us were walking over to Iola and we ran across two men that were hanged beside the road. One had on a hat, the other had a chew of tobacco in his mouth. Both were white.”

“I don’t know who was frightened the worse, the dead men or us. Granny Cowden never stopped running until she reached Cofachique,” Grubbs said.

That’s more than a couple of miles.

Even when Grubbs and others were fleeing in fear of an invasion by Southern Loyalists, Cowden said she preferred to depend on her feet rather than God’s mercy.

Times were especially hard during the Civil War when Grubbs first arrived in Kansas.

As she explained, “we had to eat stewed pumpkin for breakfast, dinner and supper. Once in a while Old Man Walters would kill a poor cow and bring meat, dividing it among us, saying he was always indebted to the poor. I’ve ate cornbread made of salt and water.”

She likewise mentions how “during the drought we would go and dig artichokes and stack them up to stew and bake all winter. Going to the bridge we would tap the maple trees and make maple syrup on the west side of the river.”

Indeed, even procuring the simplest of food items could be arduous, with the closest place to mill flour being Neosho Falls.

Regarding preparation, Grubbs said “we would pound our hominy and cook it in a big kettle, then we would feast. Hickory nuts were plentiful. We would take their meats, mix with the hominy and make connutiche.”

And so one dreams them there, not far from the river, people of a half a dozen colors, laughing and talking, brought together by a simple communion of corn and nut meat.

Spiritual life was important to the people of Charleston, and regardless of specific worldview, most everybody attended church, or what Grubbs called “the Creeks, Seminoles, and colored church.”

Likely the most entertaining church story involves when Granny Cowden corrected the minister while he was giving a sermon about David and Goliath.

Apparently she jumped up and said something like: “You didn’t speak that right. David killed Goliath and cut his head off with Goliath’s own sword!”

Dumbfounded, the minister groaned something about leaving his eyeglasses at home, to which everyone responded accidentally by singing a hymn about glasses.

By contrast, a far less humorous episode occurred while the Rev. Thompson was giving a sermon and half a dozen soldiers in Union uniforms showed up. One of them called Thompson an “old copperhead,” Grubbs recalled, then they threw a rope around his neck and led him away, never to be seen again.

And it wasn’t the last time, either, as one of the final tales Grubbs relates involves her having to run in the middle of burying her friend’s dead son.

While digging, she and others were warned of an incursion by Confederate guerillas near Humboldt, and so they left behind the boy’s pallid body as they fled the cemetery potter’s field.

Life had become a wild sprint between crises…