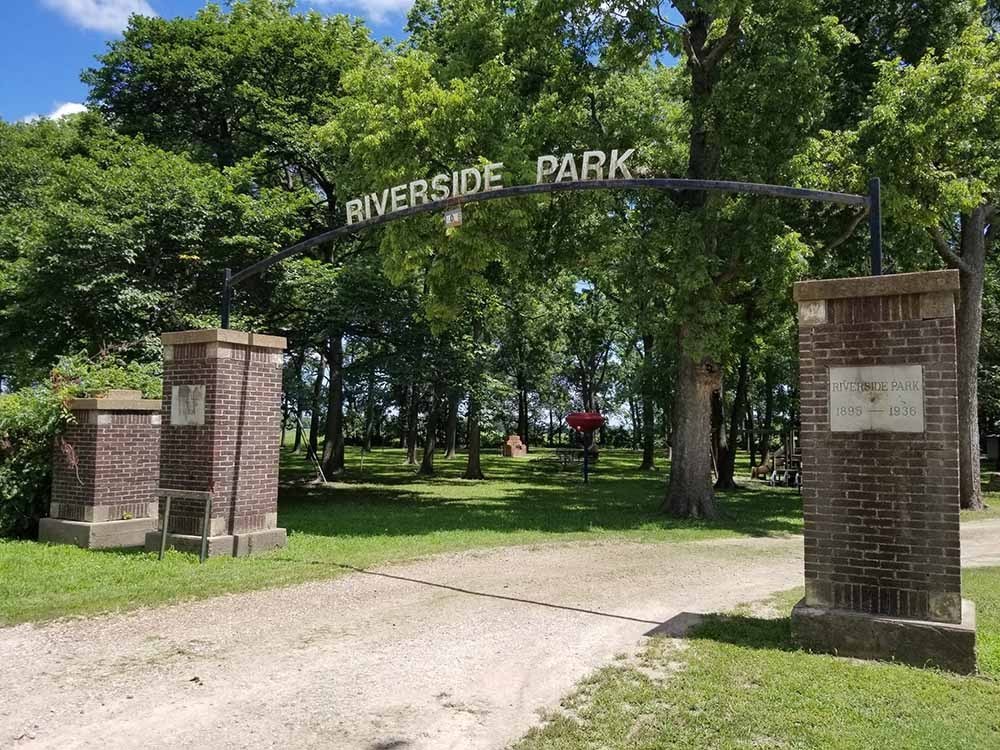 The Neosho Valley District Fair of 1879 attracted U.S. President Rutherford B. Hayes and a crowd of more than 30,000. Kansas was booming, and Riverside Park in Neosho Falls must have been bustling.

As evidence, look no further than the Neosho Valley District Fair of 1879, when over 30,000 people (perhaps as many as 40,000), including U.S. president Rutherford B. Hayes, descended on Neosho Falls.

It all started with an unassuming letter.

Maj. George Snow was chairing the newly formed four-county fair association with others from Allen, Anderson, Coffey and Woodson counties, when he had the idea of inviting President Hayes to stop at the festivities while on his tour of the west.

Everyone thought Snow was nuts, of course, but in response to his inquiry — mailed to Sen. James Harlan of Iowa — came the following message:

“To Major Snow, … My Dear Sir: I have the honor to accept the invitation to attend the Neosho Valley Fair on the 25th of September next. I shall leave my home on the 22nd of September and go on the most direct route to Neosho Falls. Sincerely, R.B. Hayes.”

Not surprisingly, reaction to the news was a mixture of elation and panic.

The eyes of the world would soon be on The Falls.

Today’s Riverside Park, originally known as Goss Park to honor one of the town founders, was decorated in every fashion imaginable, and the grounds were swarming.

Every time I visit the site today, I dream of a bustling menagerie there east of the river, stretching out in all directions, with thousands carrying their entries of fruits and vegetables, leading livestock to sheds and prepping them for show.

There were 132 categories for grain, 223 for vegetables, 43 for butter, cheese and other dairy goods, and 86 for fruits like apples, peaches and plums.

Other less agriculturally-inclined guests were enjoying performances and galleries, playing games of chance, noshing hot candy or having their photographs taken (which of course was a novelty).

You could even get a haircut at one of the pop-up barber shops in the tent city of more than 1,000 people that had sprung up south of the racetrack.

If you’re deathly quiet, you can still close your eyes there today and sense the throng of innumerable ghosts.

When the big day came, the skies were blessedly bright and clear.

Before the light had broken, more than a hundred teams were waiting at the gate to the fairgrounds. The roads in and out of Neosho Falls were so choked with wagons, surreys and buggies that typical residents could barely carry out their daily business.

And that’s not even counting train traffic from the Katy railroad, with its bright flags bustling in the soft wind.

Enter president Hayes, who supposedly after disembarking his plush palace car grumbled about the place looking like a one-horse town.

Despite his grouchiness, he joined the fair procession, the head of which also included the Sixteenth Infantry Band, Capitol Guards, Gen. William T. Sherman, Gov. St. John of Kansas and hundreds of staffers on horseback.

After crossing the river, Hayes apparently changed his tune when he saw the incredible crowd, gasping “Where did all these people come from?”

Try to imagine it. The president of the United States crossing beneath the impressive archway erected at the park entrance made from woven sorghum stalks, heads of grain and corn of a hundred colors.

There, the president tipped his hat to Maj. Snow’s daughter, Emma, who was lavishly dressed as the Goddess of Liberty, and shook hands with “Uncle” Ept Bearden, a Black man who had at one time been a slave.

“Three cheers for President Hayes!” he shouted, in admiration of the long-time abolitionist.

Around 70 newspapers from across Kansas were on scene to witness the event, and Professor Worall of Topeka was there to draw sketches for Harpers and Leslie Weekly magazines.

The first speech on the platform was given by John Goodin from Humboldt as the rattling echo from a 21-gun salute still hung in the air.

Gov. St. John, President Hayes and Gen. Sherman then each presented speeches, which at that time was considered the height of entertainment.

I’ve often dreamed of standing in that massive yet eerily quiet crowd, listening as Hayes joked about telling the same speech over and over; and in a more somber tone, analyzed the conflicting views of state and individual rights that had fueled the Civil War.

In his own speech, Gen. Sherman spoke about rural prosperity, and jibbed about how much Kansas had improved since last he’d been there and had to sleep with rats in a corn crib.

When the speeches were over, George Crawford of the fair association presented Hayes with an unique and strangely beautiful artifact, a chair made from the horns of Kansas steers living on Warren Crandall’s Turkey Creek ranch.

The chair used to be housed at the Smithsonian in Washington, D.C., but now resides at the Hayes Library in Ohio.

After a simple bow from first lady Lucy Hayes, hundreds rushed the platform to try and shake hands with the president.

The most noteworthy of those who tried to do so, however, must have been a young man whose name remains unknown to me.

With some help from Sen. Finney, the eager fellow managed to make his way into the president’s presence at which point he stammered something like: “Last week my wife gave birth to twins, her first children, a boy and a girl, and I have come 35 miles from home in order to see the president and ask him to name them.”

To this, Hayes’ eyes twinkled above his bushy beard, and he promptly roared “Name them Rutherford and Mary!”

The main event of the afternoon was horse racing, including chariot contests “that would have made a Roman proud,” accompanied by plenty of excited and inarticulate shouting.

Many times I’ve stood there in Riverside Park, with the image in my mind’s eye, wrapped in the comfort of countless tall trees.

The terrain has changed. The squat red depot and Katy tracks are gone. The buildings Hayes and Sherman would have seen in downtown Neosho Falls are gone. The bridge they crossed is gone. The fairgrounds are no more.

Yet something remains, if only memory, along with the haunting reminder that at one time rural America wasn’t so “rural.”

It was a bastion of progressivism and promise.