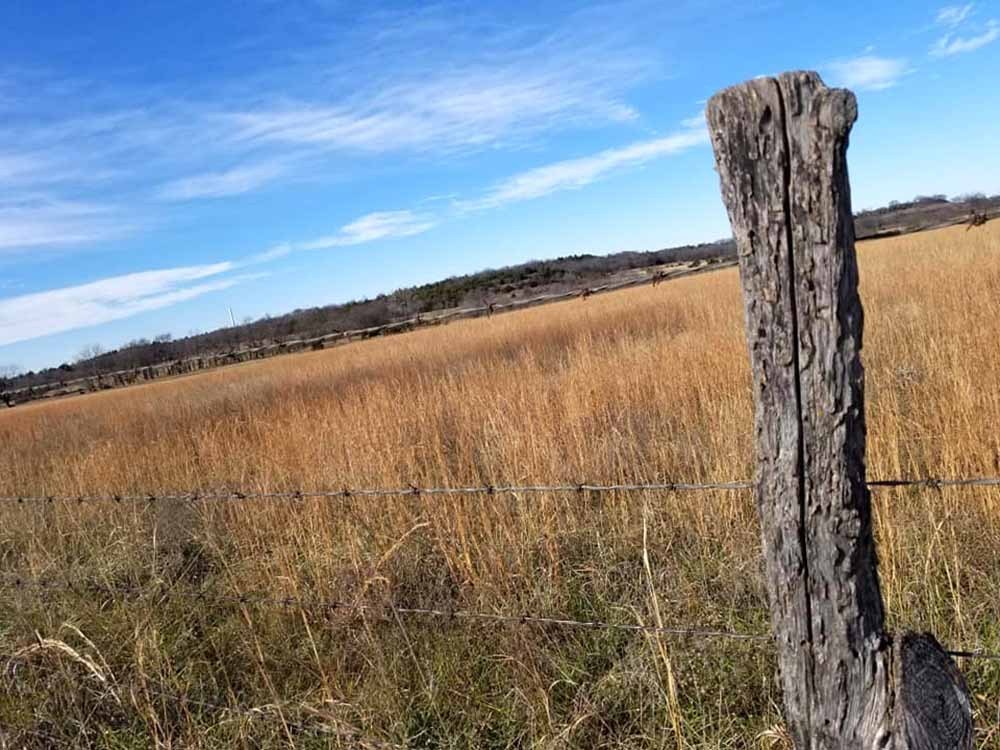 Returning to the Garden of Eden: Humboldt Academy

Immense native stone rise was once the site of the Humboldt Academy for Boys. Wealthy parents from eastern states sent their boys out west to escape the depravities of the city, but they found plenty of other temptations in Humboldt.

Near the southern tip of the Allen-Woodson border, is an immense native stone rise that’s known by many as Zeig’s Hill, and before that, Quackenbos Hill.

The name comes from Professor George Quackenbos, a nineteenth century schoolmaster from Connecticut who had the idea of pioneering a place of higher learning, one he would christen the Humboldt Academy for Boys.

Indeed, the distance between Zeig’s Hill and Humboldt is only a few miles, though this turned out to be more of a detriment to the school than a benefit.

Quackenbos successfully convinced wealthy parents from eastern states to send their sons out west to escape the typical depravities found in cities, but it seems Humboldt provided plenty of temptations of its own.

Though the inchoate German settlement had been in business only a little over a decade by the time the Academy got started, the students found no shortage of drinking and other appealing forms of entertainment there.

Saloons and beer gardens abounded, brimming with Civil War vets looking to drown their memories of war in alcohol.

AT THE base of the hill, near Scatter Creek, I dreamed the academy boys there, walking their pinto ponies slowly and quietly away from the hillside.

The moonlight illuminated the tall two-story Academy with its long white porches, allowing the fellows to escape its confines to make their way to town.

Full of liquor, their return journeys, however, surely lacked the initial stealth.

Fed up with the debauchery, Quackenbos gave up the Academy to try teaching elsewhere, though this was only the beginning of the lore surrounding the place that once bore his name.

For instance, it seems some combination of nuns and female students moved into the academy building shortly after, and supposedly exhibited behavior more restrained (or at least more sneaky) than their male predecessors.

WHAT occupied the house on Zeig’s Hill next was a flurry of classic Wild West imagery, and where the line between historical fact and folklore often becomes delightfully blurred.

In the 1870s, the impressive structure was converted into a stagecoach stop, with huge double-doors on the east side (facing Humboldt) that allowed one to drive an entire team straight up the hillside and indoors.

Herein was supposedly where the metal “Humboldt Academy” sign was hung that now resides in the Allen County historical museum.

The Academy building became a stage stop since it was positioned along the wagon trail from Iola to Buffalo, and was also not far from another famous coach stop called the 7-Mile House.

(Today, limestone fragments from the 7-Mile House are scattered across a nearby corn field, and hence the farmers thereof, Garrett and Shilo Eggers, joked that I should collect as many pieces as possible for my historical research.)

AFTER serving as an academy, place of Catholic teaching and a stage stop, the old house on Zeig’s Hill became quite the hotbed of lawlessness and legend.

This was due in part to the building’s location on a high hill, where it’s possible to see for miles in multiple directions and give warning, especially with help from the home’s upper verandas.

The house itself was also originally constructed over an opening in the stone several feet deep (some sources claim as many as 30), which was transformed into a cellar cave or basement, perhaps used for something as innocuous as refrigeration.

At one point, though, counterfeiters supposedly took up residence, and set up their forgery equipment in said basement until being raided by federal officers from the Treasury Department.

And if counterfeiters aren’t enough to give the place some flavor, moonshiners would also later take advantage of the unique setup during the Prohibition years.

They, too, were raided by deputies on the hunt for illegal activities, but the bootleggers always managed to elude them.

ANOTHER legend connected to Zeig’s Hill is that the Younger Brothers once herded cattle in the area and used the home for a base.

Story has it that Cole Younger, one of the most infamous figures of the Old West, was sitting on his horse with several members of his gang, surveying the valley around Scatter Creek.

Awed by the expansive, treeless terrain, and soft bluestem grass swaying in the wind, Cole turned to his companions and said “Boys, that country there will someday be the Garden of Eden.”

Though I can’t confirm the legend, I can certainly confirm the sentiment, for there are few sights in southeastern Kansas as breathtaking come sunset.

In that uncanny paradise near Scatter Creek, one senses that even death itself would be a not unwelcome proposition.

Yet if aesthetic beauty isn’t enough to sway you, there’s always money, for one last tale has it that the Jesse James gang and the Younger Brothers hid untold wealth somewhere on Zeig’s Hill, and that it has never been found despite the fastidious work of metal-detectors.

THE ORIGINAL house that served as a home for so many legendary activities was torn down in 1945, and another house was moved in and placed over the basement.

Afterwards, even more folks came in and worked on excavation with the help of the owners, trying to confirm the tales of buried treasure.

They managed to find tunnels thought to have been used for liquor-running and other ventures, but didn’t have much luck when it came to riches.

Despite such lack of success, Wallace and Teresa Zeigler (the Zeigs of Zeig’s Hill) for years still had to chase off “fortune hunters.”

That said, they loved the lore connected to the place where they made their home, and would even show people where they thought various tunnels and other structures once stood.

Today, though, what mostly seems to remain is the Zeigler name, and perhaps a few literal “foundations” upon which enduring tales have been built.

In “Tales of Early Allen County,” the writer called these remnants “mute witnesses [to] an easterner’s dream of the golden west.”

I prefer to think of them as what remains of the shattered gates to heaven.