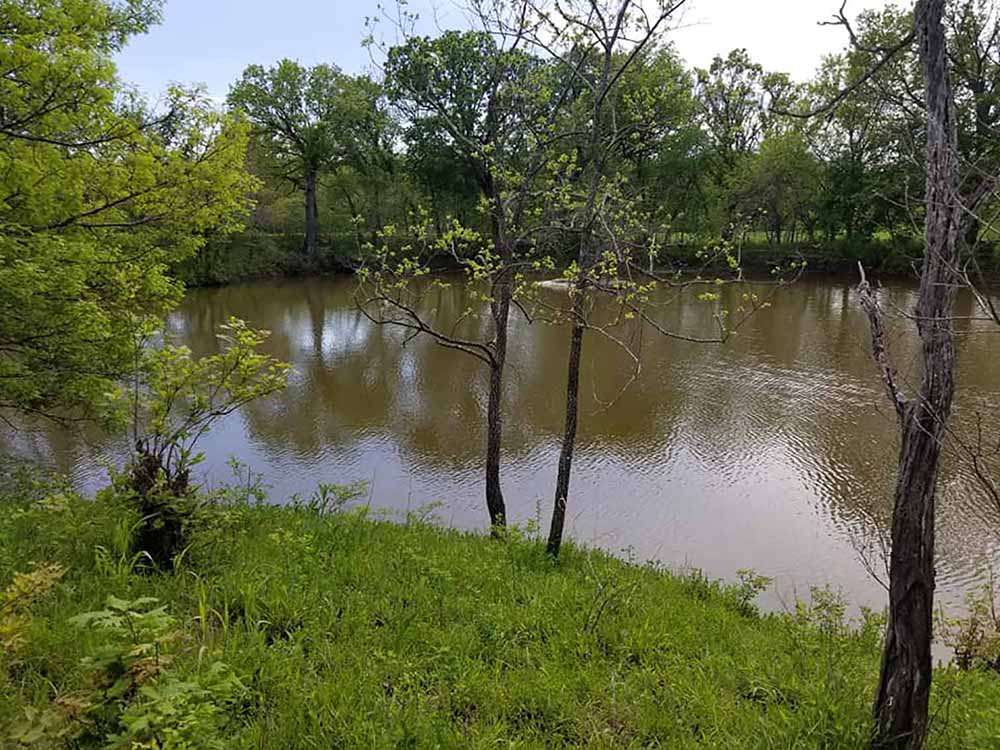 In the early days of Woodson County, a pregnant mother and her twins died in childbirth. A simple sandstone marker remains at their gravestone, but time has worn away the letters noting their brief existence.

Pioneer life was often nothing short of impossible.

One, for instance, need only examine the brief lifespans of pregnant women and children during this time, to get a sense for the difficulty of merely existing in a world where science, medicine and communication were fledgling in comparison to today.

There is so much we take for granted.

Along these lines, one of the saddest tales in the early history of Woodson County sends one hurtling backward in time, to a moment when every birth brought with it the distinct possibility of death. Of non-survival. Of blood.

And it begins and ends with a woman named Rebecca Mitchell.

Rebecca, or “Becky,” as some still lovingly refer to her 150 years later, was pregnant with twins and living in a cabin with her husband Lewis, along Owl Creek northwest of what was becoming the town of Yates Center.

They had first settled in the Verdigris Valley south of Toronto, though for whatever reason, decided to sell their claim to the village’s founder, Enoch Reeves.

The new, more easterly claim was coming along, growing it seemed in tandem with Rebecca’s pregnancy, and preparations had been made with the local midwife, Elizabeth Cook, for when the appointed time came.

Cook, incidentally, is this writer’s great-great-great grandmother, and she made a name for herself as both a female physician and medicine woman to the native people of the area. Most folks, though, simply knew her as “Aunt Toddy.”

As fortune would have it, however, when Rebecca Mitchell was to give birth one fateful night in May 1869, Toddy was on another assignment.

Mitchell would have to birth her babies alone.

By the time Lewis Mitchell returned to their cabin from running north to the Cook’s, it was already too late.

In a nightmarish scene, one dreams him breathlessly throwing open the door to their home only to find a terrible, creeping silence.

Rebecca was dead. The children were dead.

Crying out and throwing his arms around them, he fruitlessly shook his wife, calling her name in the blistering darkness.

Yet blood-soaked sheets and placental remains still contrasted against angelic blue faces, and in that moment Lewis also died, inside.

The Void had reared its monstrous, faceless guise and swallowed his heart forever.

They placed Rebecca and the twins together, one under each of her arms, pressed against her hard, lifeless breast.

What prayers were said and what songs were sung on that bleak Kansas day, when it seemed all hope had drained from the world?

John Allen had lost his leg in the Civil War, and so stood leaning against his cane along the banks where Spring Branch empties into Owl Creek.

One imagines him attempting to comfort Lewis Mitchell with a simple touch of the shoulder, and words for his daughter to try and assuage the guilt of having been elsewhere.

Toddy, however, would not long after feel the crushing force of grief again, when in 1873 her husband Henry died, leaving her the single mother of three children.

By that time, Lewis Mitchell had already left southeast Kansas, never to be seen again.

Ever since learning the tragic drama of Rebecca Mitchell, I had wanted to visit her and pay my respects.

After all, she had been friends and neighbors with my earliest Woodson County ancestors, and the grief accompanying her death somehow still seems to linger in the unconscious of those who dwell there.

As luck would have it, it just so happened that the site where the Mitchells once called home now belonged to long-time friends, the Massoths.

So one warm afternoon, Jason Massoth and I jumped in his ATV and bounded north across the hills, forests and fields not far from his home.

He stopped to check his traps along the way, pulling steel jaws dripping from the water, hoping to find the corpse of some aquatic mammal.

More than once, I heard the crack of a rifle as Jason dealt with the undesirables.

I was hunting one kind of death, and he, another.

After pausing on the edge of enclosed farm ground encircled by timber on all sides, we again jumped out and headed west toward the creek.

“There she is,” he said, pointing, “the grave in your ‘In the Beginning’ book.”

Carefully approaching the iron bars surrounding the cemetery, we peeled away tall grass to reveal the simple sandstone marker.

At one time it read “B.A. Mitchell – May 69,” but time and the elements had long ago eaten away the inscription.

For a while we stood on the banks of the creek, listening to the water birds, and it seemed an unimaginable sadness pervaded every atom of the surrounds.

We, too, had become witnesses to a loss that continues to haunt the living world with sorrow, while filling the imagination with awe.

How can we not be moved by reminders of our own inescapable fragility and mortality, when we are exposed to the fact that life can senselessly end at any moment?

Youth. Health. Promise. … Nothing. For at any moment, death can annihilate us and bring the production of meaning in our lives to an end.

So I ask again: what is the significance of lives like those of Rebecca and her twins, who had only come into the world to immediately leave it?

Does the conceit of an immortal soul, divine plan or promise of an afterlife truly account for making sense of why such things happen? Can they even numb the pain?

That is, are we truly courageous enough to face what the tale of Rebecca Mitchell might philosophically reveal?

For many, the unavoidable contingency of death and vacuum of meaning thereby birthed is an existential situation too terrible to accept.

Yet such is life on the prairie.