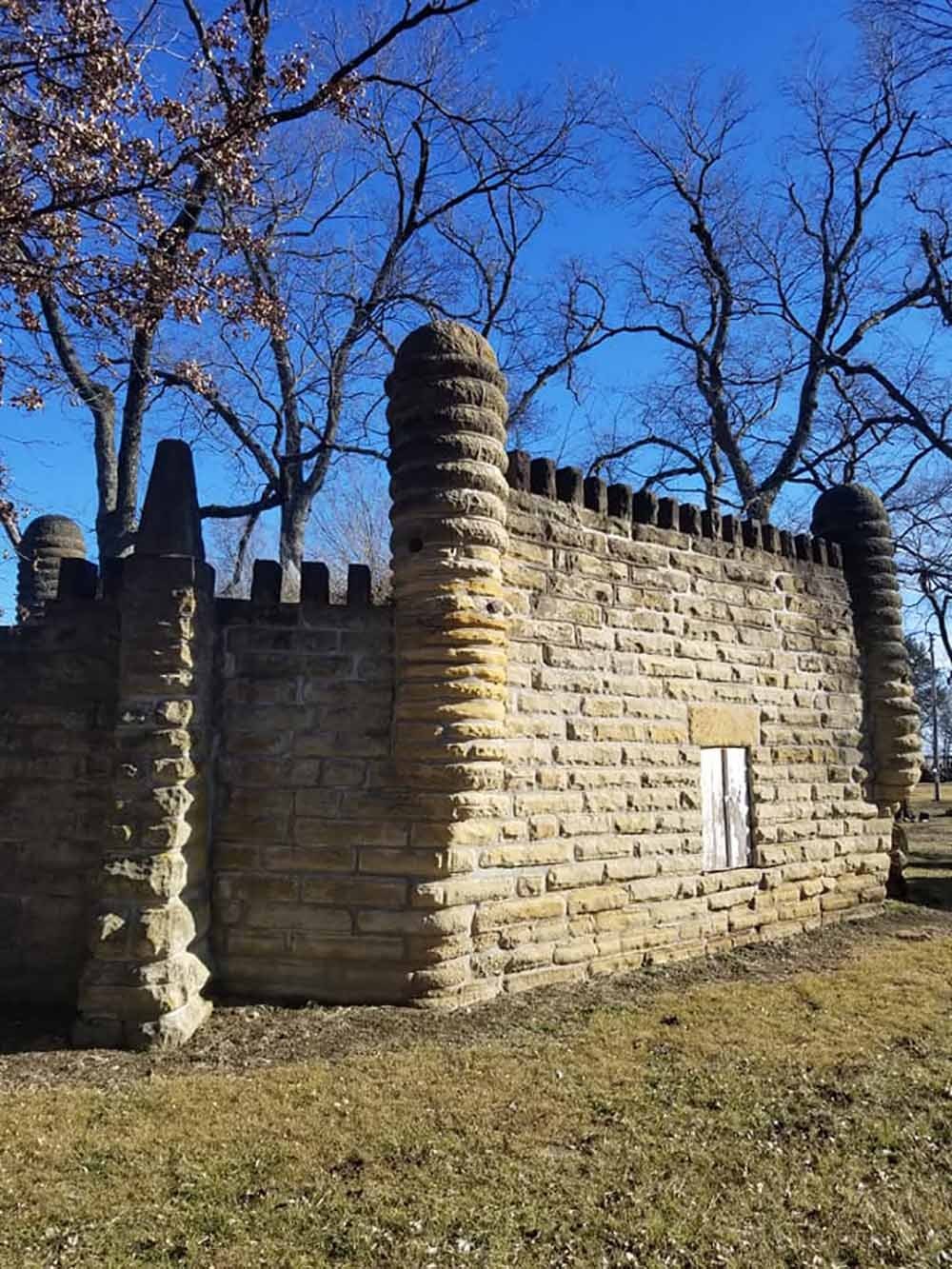 Welcome to "Just Prairie," a production of the Iola Register Newspaper.

I am your host, Dr. Trevor Hoag, journalist and professor, and I am excited to lead you on a journey through southeast Kansas.

Is it possible to come home and rediscover it?

When I returned to Kansas last year after almost two decades of absence, never would I have thought that learning about the place I was from would become an obsession.

Such things interested me little growing up in the Woodson and Allen County areas, so what had changed? What was different?

I suppose the obvious answer is: me.

And when I took hold of “home,” or it took hold of me, it was like opening a treasure chest that had been sitting patiently, waiting for me all my life.

Places I had seen hundreds, even thousands, of times before were coming to reveal themselves in a surprisingly novel way. The space of two counties — roughly 800 square miles — had become as seemingly vast as the cosmos itself.

Not only that, but studying a place and its history or ecology can take on a “religious” dimension, akin to how the indigenous people who called Kansas home (before it was called Kansas) made telling stories about the land an integral part of the meaning and greater significance in their lives.

I was in need of healing, and the place, the land provided.

Whether it was staring at the cloudless night bursting with stars or wind-swept fields on fall afternoons, the size and scope of the prairie seemed to dwarf my problems and make them recognizable for their insignificance.

It occurred to me moreover just how much southeast Kansas has to offer, even if this recognition requires overcoming traditional notions of tourism and getting one’s hands dirty.

Our home is a place of adventures, of bravery and risk, and as such it became a challenge to prove that, no, plenty happens here and plenty has happened here in the past.

That said, it has also become apparent that rural Kansas has a history connected with loss, and therefore produces a nostalgia for glorious bygone days that we might imagine were, if not better times, simpler.

There are many still alive who can attest to this creeping movement of loss, whether they remember soda fountains and booming businesses or simply hundreds more people being involved in the daily lives of communities here.

Regardless, we find ourselves surrounded with the often-invisible vestiges of the past, and thanks to a dearth or economic development, essentially inhabit an enormous museum.

(Though it is one which actually covers only a tiny segment of time.)

I continue to be blown away by the notion that white, Christian people have only been calling this place home for about a century and a half.

By contrast, cultures around the world have existed for multiple thousands of years, and so it’s worthwhile to keep in mind the youngness of who we are.

This is especially useful when applying historical insights to political and economic matters.

The American Civil War and Black slavery are only a few generations behind us, for example, yet many of the same cultural conflicts found therein still profoundly affect us today.

When people refuse to heed the lessons of these and other events, it’s little wonder why the same crises continue to repeat themselves.

WHAT THEN of some of the specific places I’ve learned about and visited over the last year or so? What has moved or surprised me the most during my adventures?

Before beginning to study Allen County, I had no conception of its myriad connections to the Civil War, and as such was particularly impressed by the caves found along the Neosho River that were part of the Underground Railroad.

The drama and terror faced by those longing for freedom is near-impossible for most to conceive, and confronts us with unsettling truths about our past that are necessary to confront.

The Vegetarian Colony, Octagon City, was likewise a site of immense drama, and through the diary of Miriam Davis Colt, one gets a taste of just how difficult (and often disappointing) life was for those who first attempted to settle here.

Her narrative also provides the key point that native people were already long-here prior to the arrival of whites, and reminds us that our very presence in Kansas is predicated on removal and genocide.

I also like that what exists today of the colony is basically nothing, as it reveals how rural tourism often involves staring at an empty field, trying to use your imagination.

Speaking of getting creative, although it’s no surprise that I love cemeteries, my favorite is perhaps Cottage Grove, mostly due to all the mythologies and legends connected to it (such as screaming panthers and undead bodies).

History is not a pure entity. It is inescapably “contaminated” by literary forms, and I think embracing these kinds of myths are not only entertaining and enjoyable, but make our seemingly simple existences become larger-than-life.

Sometimes, however, there’s no need for embellishment as a place speaks all on its own. Its very continued presence is an opportunity for wonder.

That’s what I found at the abandoned concrete plant at Concreto. Its derelict structures not only have the power to awe, but remind us of an industrial past and an entire system of labor and economics that once held sway in Allen County.

AS FOR my first home, Woodson County, I have read much in a short time and uncovered more than I can ever share. The investigation has taught me that a single place can become infinitely deep, and that any “map” one makes will never contain it.

Regarding maps, there’s a special place in my heart for Cooper’s Cave, even as I wish it were easier to locate and visit.

Its impressive sandstone structures point to a time long before human beings, and understanding this primordiality is important for providing perspective in our lives.

That, and I discovered my three greats grandfather, Henry Cook, once got mauled by a bobcat there after discovering her den. I like to think this is where Yates Center’s mascot came from.

Silver City as well is a site which points to a time before humanity, along with the human desire for wealth, but it is also a lesson in value.

The lustrous lamprolite found there, forged by an ancient volcano, was for a brief time prized as valuable as gold. Now, it’s sold as an additive to cattle feed.

Value, it seems, is in the eye of the beholder.

On a related front, as far as I’m concerned Big Sandy cemetery and the cabin relocated from there to the Woodson County Museum might just be the most haunting place in southeast Kansas.

The cemetery’s rough and chipped pioneer graves recall a time when life was even more fleeting and fragile, and the cabin, of a frontier justice that was often anything but just.

Last on our list is the place that gave birth to Yates Center, the village of Kalida.

Though its sandstone “castle” and the graves belonging to the Davidson family were not constructed until after the town was no more, they are no less wondrous for it.

In fact, the castle might just be my favorite artifact re-discovered throughout my entire quest.

Its enduring and strange craftsmanship, its eccentricity and mystical feel make it a place where fantasy worlds come to life.

It’s the jewel whereby southeast Kansas gleams, and has the power to capture one’s imagination for a lifetime.