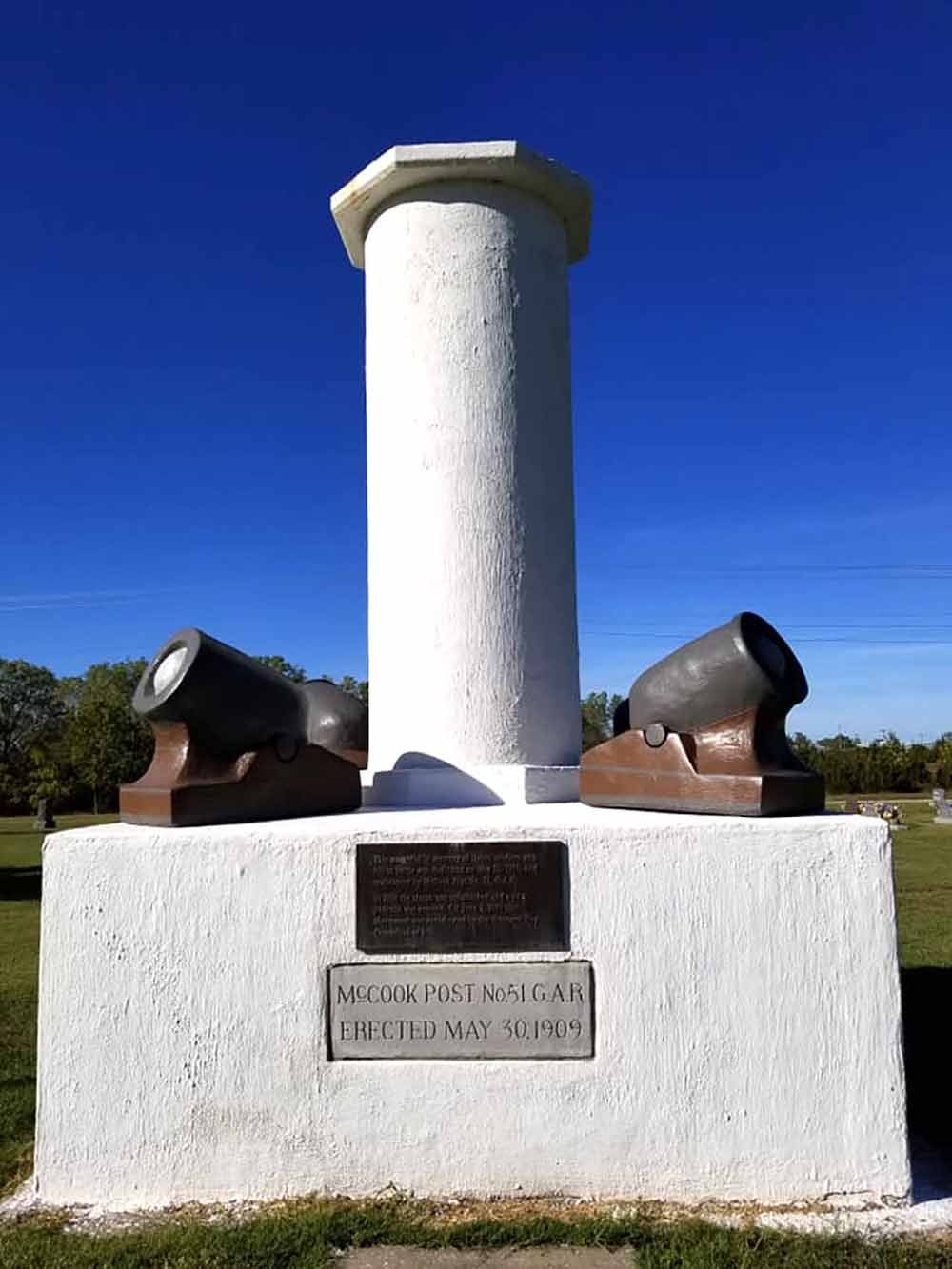 Iola was once the site of Civil War fortifications. One story tells of a widow who fled on her pony to warn the Iola fort about potential Missouri border ruffians headed their way.

When you’re a historian or a scholar in the humanities more generally, you tend to get excited by rather strange things.

Imagine the excitement when I discovered that where I live in Iola was once the site of Civil War fortifications.

Is it possible that a lingering memory of such events continues to exhibit its haunting force, its ghosts creeping in to fill my thoughts at night?

Do I unwittingly find myself in spectral company while merely sitting in my living room, writing this very article?

Although Humboldt was the more prominent military center in the area, along with other sites like Fort Belmont in Woodson County, at one time Iola’s “fort” had a force of 400 men and filled the area roughly demarcated by Madison, Jefferson, Broadway and South Streets.

In the northeast corner of the block stood the Parsons building, which was essentially a Civil War military headquarters (1861-1865), and where many were sworn into service.

The structure had initially been intended as a community safehouse in the event of attacks from hostile indigenous forces, but eventually concerns seem to have shifted from incursions by native people to pro-Southern militants.

In order to prepare for attacking Confederates or militia loyalists, the Parsons building was reinforced with stone and an earthen embankment, perhaps topped with logs, was dug around the fort’s rectangular perimeter.

Like Fort Belmont, the remainder of the space was likely filled with stables, tents and other more temporary structures.

Standing on my own front porch, I dreamed them there, Union enlisted men and militia fighters scurrying about the place, carrying out their various duties or simply trying to look busy.

Some were adorned in full military accoutrement; others, in the simpler garb of local folks who’d been asked to bring their own weapons and supplies.

There, just outside my window, I dreamed one man brushing down a horse with fine red hair. Another, I watched as he poked listlessly at the silver ashes of an extinguished fire.

Among those visiting the barracks and bivouac area were Company F of the 9th Kansas Infantry, including my Woodson County hero, attorney and Neosho Falls founder Nathaniel Stickney Goss, who was likewise a Darwinan with a passion for collecting rare birds.

Those serving and scouting around the fort area didn’t have much. “They were even reported to be destitute of equipment and … suitable clothing.”

But they had spirit, and in the early days of the war especially, provided at least some minimal sense of calm for those inhabiting the region.

By 1863, however, the situation had started to become increasingly uneasy.

Word had spread to the effect that “the rebels were coming to lay waste to the country as they did at Lawrence [during Quantrill’s deadly raid].”

“Rumor says [they’d] already burned the Catholic Mission among the Osages [at the present site of St. Paul] and are now making for Leroy.”

“Nearly all the citizens packed up what they could and scattered about in different places in the brush and prairies to hide, and there was general skidaddling.”

For around two breathless days, the first Iolans lived in constant fear of raiding parties, but blessedly discovered that it had all been a false alarm.

The Osage Mission had indeed been raided, but all who’d been captured were ultimately released.

Given the necessity for preparedness, it appears false alarms were not uncommon during this time, and having accurate information proved indispensable.

The most fascinating story I’ve found along these lines involves a woman named Mary “Widow” Brengle, who was in essence, a female Paul Revere.

Brengle lived and farmed near Circle Lake northeast of Neosho Falls, and given the absence of nearly every able-bodied man to the war effort, she took it upon herself to engage in a feat that I think the women of southeast Kansas can still be proud of.

Toward the end of the war in 1864, several women and children were gathered at the home of August Toedman, when a cry went up that armed horsemen were quickly approaching from the southeast along the trail from Humboldt to Fort Belmont (south of present-day Yates Center).

This was precisely what everyone had been dreading, that Border Ruffians from Missouri had come to burn them out of house and home … or worse.

Thankfully, not long after, messengers arrived in Neosho Falls to tell everyone that the threat had been turned away and the rebels had returned to Missouri. They even bore news that the war might soon be over.

But before the updated information could be conveyed, Brengle had already saddled her fleet-footed pony and ridden like lightning to the fort in Iola.

She must have soon been drenched in an icy sweat beneath her long cotton dress, her horse nearly pushed to the point of death.

One dreams her soaring across the virgin prairie night, the moon burning yellow, her lungs preparing to shout “The rebels are coming!” upon arrival.

Again, it all turned out to be a false alarm, but had it not been, Brengle would have likely saved many lives in the effort.

Nevertheless, I’m sure she still captured the attention and earned the respect of all those at the fort who saw her incredible ride.

After the war finally ended, the earthworks surrounding the fort in Iola were leveled in order to clear the way for entrepreneuring pioneers wanting to build businesses.

The “blockhouse” Parsons building was torn down in 1882 and replaced by the Klaumann building, whose owner was a local merchant.

Then in 1907, Klaumann’s was also torn down so that it might be replaced by the Iola State Bank building which still stands to this day on the corner of Madison and Jefferson.

The spot is therefore an remarkable study in historical stratification, a place where layers of “sediment” have built up over the years such that practically no trace of an original function and purpose remains.

Fortunately, we have imagination and dreams to show us the way forward, so that we might yet in some way experience this incredible series of moments.

… Where one finds the past unfolding in their own backyard.