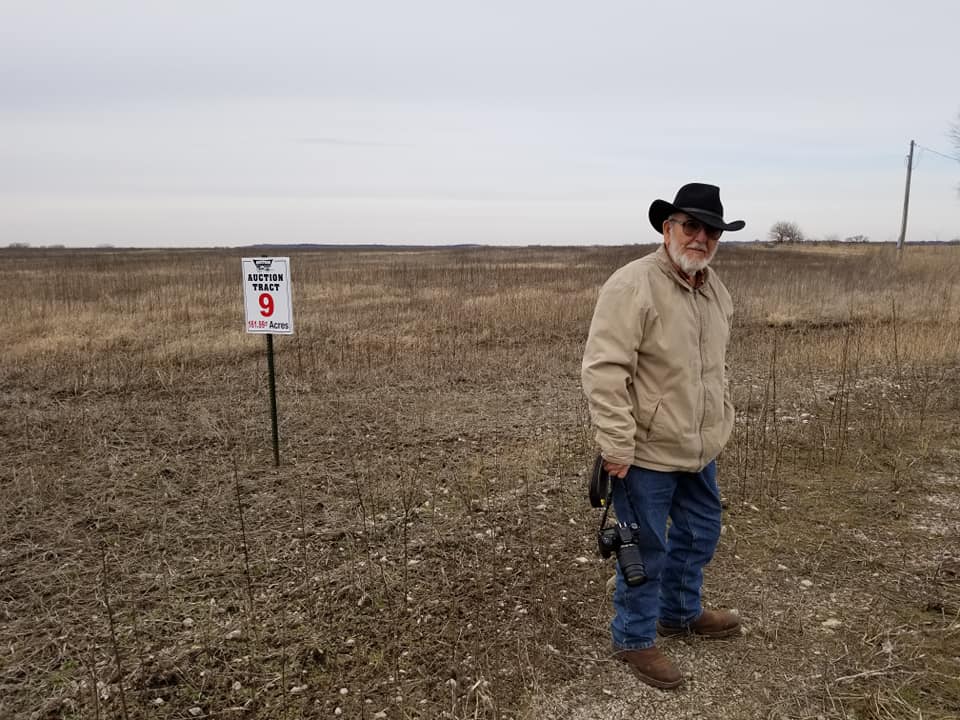 Getting away with murder

The Bender family would never be held accountable for the horrors found at their rural Kansas home in 1873. Their neighbors found numerous bodies buried on the property, sparking lore that continues to fascinate.

In the spring of 1873, young Billy Toll was driving cattle past the Bender Inn in Labette County, on his way to Sunday School, when he noticed the place looked deserted.

His suspicions were confirmed when he discovered a desperate sow dying of thirst, along with a young calf and its mother whose corpses were decomposing.

When he managed to peer through a crack in one of the inn’s broken windows, he found only silence.

By the time township trustee Leroy Dick found his way out to the house in order to investigate, an overpowering stench permeated the air.

The smell of death was rank, and the horrors in store, unimaginable.

Not long ago, when I stood on the edge of that same unassuming field myself, I swore that that terrible wind lingered still.

THE MORNING following Toll’s discovery, Leroy Dick and others converged on the Bender Inn, armed with shovels, spades and a plow.

In short order, the number of searchers jumped from around 40 to upwards of 1,000, and people swarmed the property like flies.

The search proved fruitless until Ed York, who was seated in his buggy with head above the crowd, suddenly shouted: “Boys, I see a grave!”

Probes and shovels then attacked the prairie earth in the Bender’s half-grown apple orchard, and soon after discovered a naked body facing downward with legs bent, skull smashed and throat slashed from ear to ear.

It was the body of Dr. William York, who had been missing for more than a month.

Accounts state that eight more bodies would follow, including that of a young girl, the daughter of George Loncher, who had been buried alive.

SHORTLY after the bodies were unearthed came the vultures.

Not those of the kind with enormous black wings, mind you, but curiosity-seekers determined to own a piece of history.

According to local teacher and author Fern Wood, “with no one to restrain them, every visitor went away with a board from the house, a loose shingle, or even a stone from the well.”

They stripped the entire property clean, even including the smaller trees.

And the Thayer Headlight newspaper noted that, even after everything had been taken, “thousands of people daily visit the grounds,” compelled to witness the scene of community trauma.

The pioneers had to see the place that would later be christened “Hell’s Half-Acre,” where hammers struck unsuspecting heads from behind a curtain, throats had been opened time and time again, and for what?

… Only a little money.

DESPITE an award of $2,000 offered by Gov. Thomas Osborn, the Benders would never explicitly stand trial for their crimes, and what happened after their escape from the Cherryvale/Parsons area is shrouded in just as much legend as fact.

One popular theory is that the Benders never escaped at all, but were apprehended by folks from the surrounding area and summarily executed and burned near a riverbank.

She argues that Leroy Dick, Col. York and others actually pursued the Benders for the next decade and a half, after first finding out that they’d fled to Humboldt to board the train(s) there.

They then followed lead after lead, including to Missouri, Oklahoma and Texas, with the final destination especially piquing their interest.

Dick and the gang had received word that four German-speaking travelers revealed they were headed to an outlaw colony near the Texas/New Mexico border, and where state lines were not yet well-defined.

Unfortunately, everyone advised Dick’s posse that they would forfeit their lives if they dared enter the area of the colony, and so once again they found themselves at a dead end, since the Texas Rangers refused to intercede and wipe the colony out per Dick’s/York’s request.

ALONG with Wood’s theory regarding the outlaw colony, another character she highlights in her book, “The Benders: Keepers of the Devil’s Inn,” is that of Frances McCann, who later came to believe she was the orphaned granddaughter of “Ma” Bender.

It began, Wood says, when McCann was nursing daughter Kate Bender following a nasty fever, and during which she revealed incriminating things to her caregiver, including that the Benders may have killed her birth parents.

Following the murderers’ trails, then, McCann first supposedly found that “Ma” had visited “Pa” Bender at a Presbyterian hospital in Michigan, and after which, they quickly vanished.

McCann also presented evidence to Leroy Dick that the Bender women were awaiting trial in Berrien Springs, Michigan, for theft, after having been kicked out of multiple logging camps.

Dick was skeptical at first, Wood says, but eventually came to believe McCann, and therefore traveled to Michigan to see for himself.

It took one look for him to be convinced. Absolutely. He remembered Kate Bender from singing school at Harmony Grove.

DESPITE the convictions of Leroy Dick, Frances McCann, the local sheriff and others, the Bender womens’ trial was a complete farce.

Kate and “Ma” mostly hurled accusations back and forth at one another, Wood writes, and charmed the jury with their humorous wit.

The Benders’ story was also so twisting and incoherent that it apparently bludgeoned the audience into being incapable of reasoning soundly.

Found not guilty, both “Ma” and Kate were allowed to walk out of the courthouse Scott-free.

And it wouldn’t be the last time.

IN NOVEMBER 1889, the women were once again bound over to district courts for trial, this time, for the actual murders in Labette County, Wood claims, but just when it seems the noose would soon tighten, Leroy Dick was told by the Parsons chief of police that Benders had been set free, given the costs associated with housing them.

The well-meaning people of Parsons, moreover, having been swayed by Kate’s infamous beauty and charm, even provided them money so that they could travel to Fort Scott.

The last time Leroy Dick would see the Bender women, Wood says, was on the streets of Oswego, only to be screamed at and threatened by the wild-eyed pair.

At the end of his patience, he ranted and raved back, only to leave the two women alone after they turned on another in a dissociative rage.

Tell a lie big enough, or an entire series of them in a convincing or confusing way, and you can get away with almost anything …