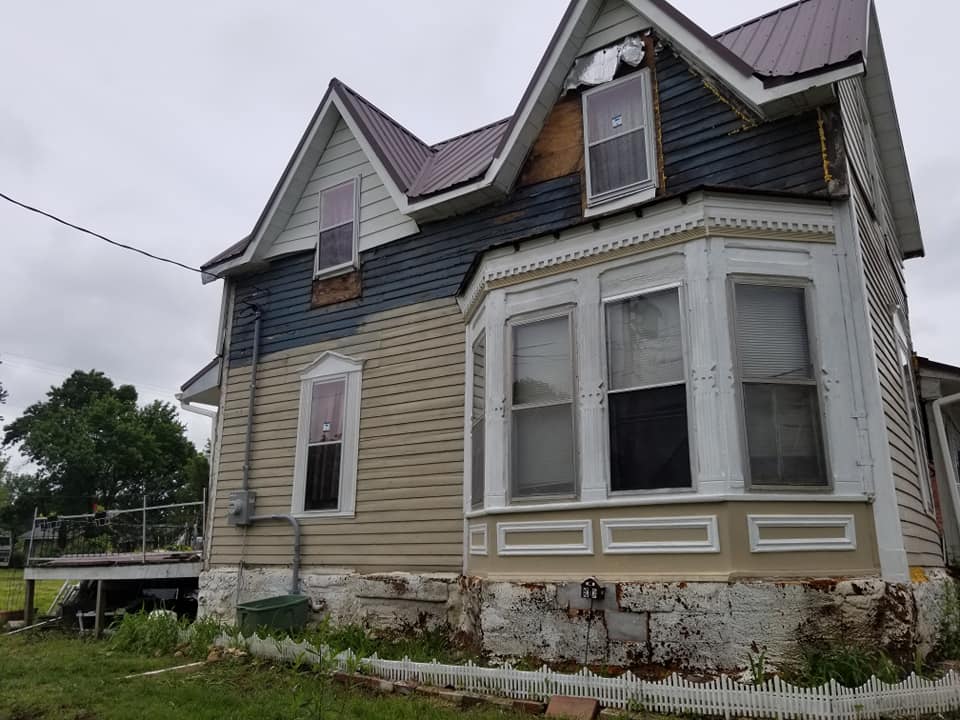 Dividing the One to multiply

In August 1870, a station was built near the highest point between Kansas City and the Gulf of Mexico. It was called Divide. A colony would settle nearby, and eventually changed the name of Divide to Colony.

It’s through division that the One begins to multiply.

That’s just what happened in August 1870, when a station was built near the highest point between Kansas City and the Gulf of Mexico along the Leavenworth, Lawrence and Galveston railroad.

This Ozark Ridge not only contained the area’s high point, but was seen as dividing the watershed of the Arkansas and Missouri Rivers; hence the new town was called Divide.

Before that, the only white settlement in the area was a halfway house and tavern operated by a man named Wagner, along the mail/stagecoach route between Lawrence and Humboldt.

Given the difficulty in obtaining water, early development at Divide was slow, with only a depot/post office, cattleyard and small store coming into existence.

Moreover, according to Florence Fivecoat, most of the townsfolk were men, with the few females resigned to careers like prostituting themselves at the hotel or bar.

Gunfights over cards games or ladies were a near-everyday occurrence, and infamous bandits like Billy the Kid perhaps frequented this “Little Chicago.”

But all that was soon about to change, thanks to the arrival of a certain “colony.”

Before exploring said colony, however, let’s first take a step back in order to explore an earlier settlement close by.

Thomas Day was the first pioneer on Deer Creek in 1855, and Joseph Price arrived shortly after, whereafter they set up a joint ranching operation.

Another fellow named Jim Dorsey soon got in on the action, and together they formed a site called Elizabethtown, named for the postmistress, Elizabeth Cook.

There, miles southeast of the rise where the colony would later settle, a store was opened along with a post office, but it wasn’t to last.

The railroad never passed through Liztown, and so by 1899 it was abandoned, though not before several townsfolk met their ends.

Thus the primary remnant of Elizabethtown today is its haunting and remote Ozark #1 cemetery located on the eastern edge of a cattle pasture.

Many of the stones have been moved or destroyed due to agricultural efforts involving a bulldozer, but if you’re brave enough to confront the electrified fences popping and cracking there, it’s certainly worth the challenge.

But let’s return to our colony.

In March 1872, Col. Henry Wilson, Col. N. Bostwick, J.G. Norton and J.J. Fairbanks, arrived in Divide followed by about a hundred other folks.

Together they formed a town company and changed the name of the site from Divide to … you guessed it, Colony.

Not everyone was cut out for pioneer life, though, and so many of these early settlers soon fled back to their homes in the east.

I can imagine facing down a stormcloud made of grasshoppers on your simple Kansas farm as having that effect.

Though according to Fivecoat, “the majority of these people were blue-blooded Aristocrats with regal airs whom fate had favored and who could date their heritage back for generations … or were aristocrats from the South who were disenchanted with their homeland after the devastation of the Civil War.”

Yet by 1877, those stubborn enough to remain had built a dry goods/grocery store, blacksmith shop, wagon shop, real estate office and more.

(Though rather humorously, according to Henry Johnson, the Grand View Hotel’s “view” was of “a stubby corn field with two razorback hogs rooting in it.”)

The Sells Bros. Circus visited around this time as well, with crowds coming afoot, on horseback, wagons and buggies to see African creatures most country folk would have only seen in books.

Colony soon also became the most vital hay center in Anderson County, and even adopted the mantle “Hay Capital of the World,” which may make folks from Yates Center a bit uneasy as they lay claim to a similar distinction.

There were also quite a few townsfolk who traded for a living, in items such as real estate, livestock, horses, cattle, milk cows, etc.

Fivecoat described them as “paladins of the town. They were men of pride and were seldom seen on Broad Street attired in anything but white shirts and spats. A tie was as much a part of them as the tailor-made suits they wore.”

“The gaited horses they rode were slick and shiny, curried and groomed by livery stable hands. Their general appearance was sparkling, slick and suave.”

… Even if they were trying to cheat and swindle everyone in sight, resulting in “grudges that lasted a generation or two.”

Though a much more significant source of danger arose In 1881, when a fire ripped through town and destroyed many of its most prominent buildings, including the meat market, grocery and furniture stores, and various other structures that were quickly reduced to ashes.

In 1886, the Santa Fe railroad built a line running from Colony to Yates Center (which included Geneva, Neosho Falls and Lomando), in order to replace an existing stagecoach route.

Perhaps this isn’t an exciting detail on its own, but it’s one to which I nevertheless have an intense personal connection.

The Santa Fe depot in Yates Center sat only a block north of where my parents live, just southeast of Yates Center Elementary School.

Remnants of the depot still hide in what has become a pasture for horses, three of whom greedily chased after me expecting a treat.

It’s there I dreamed climbing aboard a passenger car pulled by the engine “Old Jerky,” then bouncing across the open prairie until arriving at the high point near Colony’s own depot (razed in July 1973).

This ghost-line was abandoned in 1934, yet it’s strange quasi-presence still lingers.

For as Fivecoat notes, “the engines whistled and tooted at crossings. Their wheels screeched as they skidded to a stop. Steam hissed and puffed as they started again. All of these sounds were like a symphony, the sweet sound of progress coming in and out of town.”

No wonder one can still vaguely sense the presence of such haunting forces.