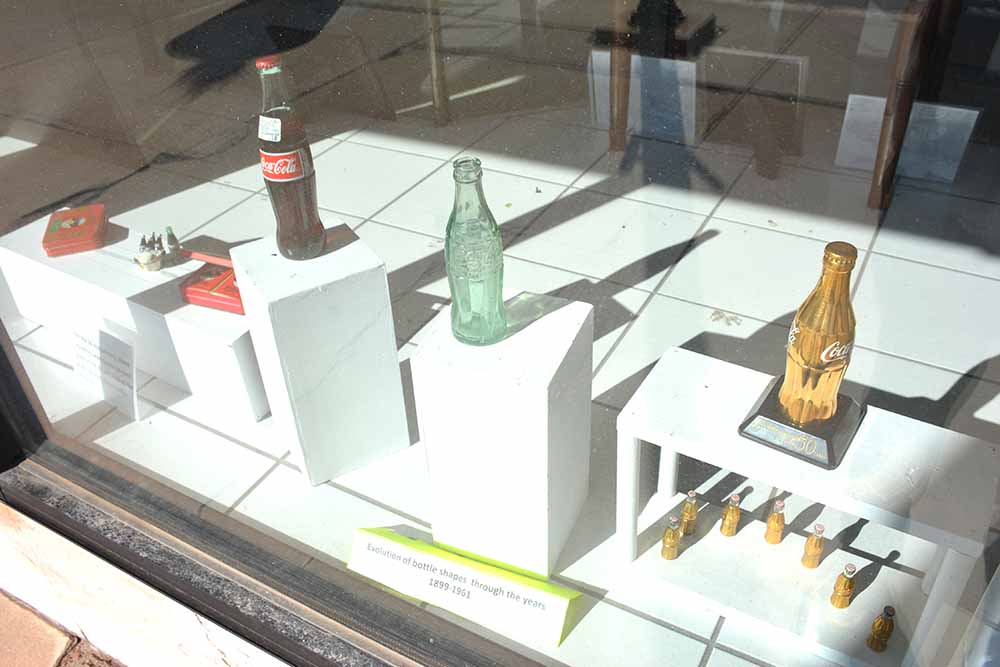 The Iola Coca-Cola Bottling Company operated just north of the Iola square for decades. The taste and quality of that early cola could vary depending on water quality in different communities.

The history of the Iola Coca-Cola Bottling Co. is a storied one.

Though the plant operated just north of the Iola square for decades, in the beginning it was anything but smooth sailing.

It all started in 1905 with a fellow by the name of John Copening, who after his first week in town decided Kansas might be a little too rough for his taste.

Not only “was the business district rocked by three dynamite blasts,” the result of Charley Melvin targeting local saloons, but Copening was unjustly arrested and had his team and wagon confiscated.

Two years later, though, he decided to buy the Iola Steam Bottling Company, and his cola odyssey had officially begun.

The Steam Bottling Company already made 30 different kinds of soda, mixing its own extracts and sometimes even its own carbonic acid gas (via a machine called a spider).

Copening recalled when the spider would vibrate wildly from internal pressure, and one day he witnessed the company boys wildly sprinting from the back room yelling “She’s a’ dancin’! She’s a’ dancin’!”

Thankfully, “the machine never blew up and no one was injured.”

However, with regard to flavoring, Copening pointed out how “the taste and quality of Coca-Cola was so varied in different parts of the county that it was difficult to determine that it was Coca-Cola. Failure of bottling machinery to overcome the variance in water in different sections was largely the reason.”

In other words, product standardization wasn’t yet widespread, and so depending on the water where you lived, your Coca-Cola could taste radically different.

And yes, Coca-Cola syrup did contain actual cocaine up until 1929, though the amount had been continually decreased over the years. Concerns about the health effects of cocaine had indeed been raised, but the inventors were worried about removing it right away because, since the “Coca” in Coca-Cola is a reference to coca leaves, they were worried about losing their trademark.

In 1908, Copening bought the building at 204 North Washington, where the bottling company would reside the remainder of its life.

Around this time, he remembered leaving Iola with wagon loads of Coca-Cola, bringing along camping equipment and supplies for his team of horses.

He’d often have to spend the night in two or three different counties along his route that included, not only Allen, but Woodson, Greenwood, Anderson and Coffey counties.

The company was the first in Iola to buy a truck, but that wasn’t until around 1912 or 1913. (Copening also owned the first boat used on the Neosho River.)

One of the first deliveries that the truck made was to take a load of Coca-Cola to the Ol’ Settlers’ Days celebration in Neosho Falls.

Despite such humble beginnings, it wouldn’t be long until the plant was producing as much soda in a single day as it originally could in an entire summer, when Coke was largely considered a seasonal beverage.

Along with having to transport the soda by horse and wagon, keep in mind that sanitation practices were not nearly as stringent as they are today.

For instance, “when Copening first began bottling soft drinks he used bottles with wire stoppers which could be used several times and were permanently fastened to the bottles.”

However, that’s nothing compared to how he cleaned them.

“During this period, shot was used in washing the bottles. The method called for dropping a few steel shot into the bottle which was churned in sudsy water, rinsed and sterilized. Once in a long time a shot would cling to the inside of the bottle and some thirsty customer would be surprised when he found a tiny steel ball in the pop.”

Makes your teeth hurt just thinking about it.

Nevertheless, Coca-Cola of course went on to become a staple of American diets as well as an image for American culture.

When starting out, Copening could hardly give the stuff away, but by his retirement he’d become a “dean” among local manufacturers.

His exploits therefore belong not only to the industrial history of Allen County, but speak to a more pervasive attitude towards risky and unusual business ventures that would become a hallmark of  American capitalism.