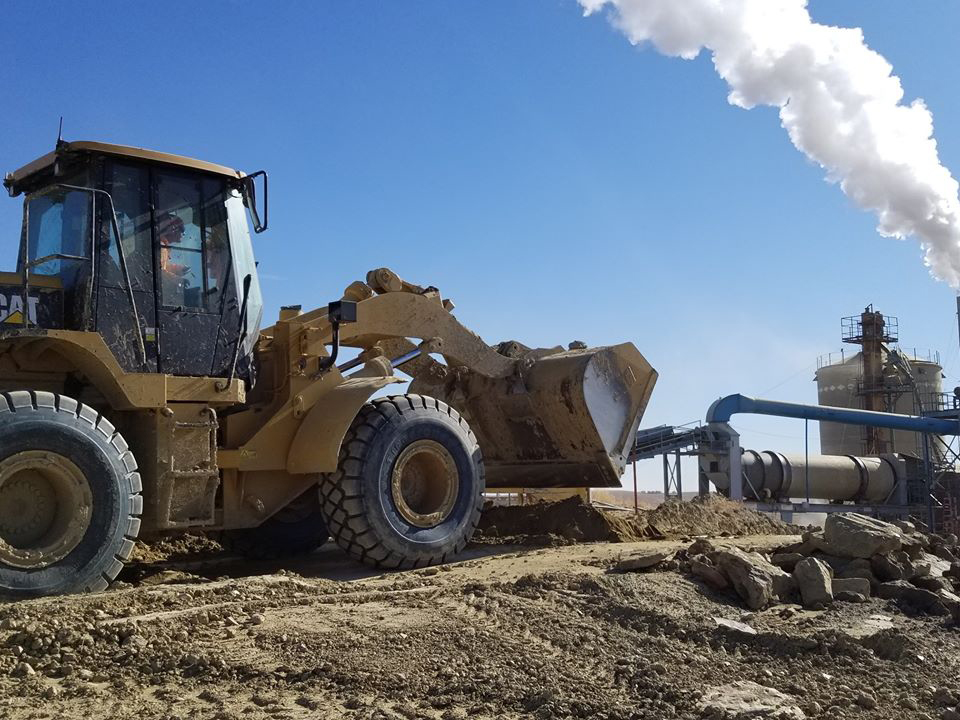 A unique mining operation was once the site of a pioneer gold rush.

Gazing across the expanse of the open-pit mine at Micro-Lite LLC just north of the Woodson-Wilson line, at first all I saw was sand, immeasurable tons of it.

I then had to pause as an immense yellow bulldozer, dirty with grit, rumbled by. I watched in subtle awe, unable to hear my thoughts, as the enormous scoop pivoted, dropping dusty material into a nearby grate.

“So what is it that you want, exactly?” the mine’s foreman had groaned in exasperation, clearly annoyed by the eccentric curiosity-seeker who’d ask to check out the area. Though after a fumbling attempt to explain myself while feigning curiosity about gadgets in the control room, he eventually gave in.

He even half-admitted that he knew why I was there, saying “Yeah, whenever we see something sparkle, we take a look.”

“Ugh, I’m sure you’ll be fine,” he grumbled, then hastily jogged away toward a nearby building.

As I depart the mine’s processing area with its enormous rock tumblers turning incessantly, I recall that 90 million years ago during the Cretaceous Period a volcano began forming beneath this place. And as the nearby machines shook the earth, perhaps I gained some minute sense of that force.

Back in a dinosaur-inhabited world, molten rock bled its way up from a hundred miles below the earth’s crust, spreading like tree branches through fractures in the sediment, collecting in such great volumes as to cause the formation of dome-like hills throughout this area between Buffalo and the little village of Rose.

After noise from the heavy machinery and dozer finally thundered only in the distance and I was able to regain my focus, I noticed something glimmering nearby. I bent down and lifted a chunk of brownish-red material, then crumbled it in my hands.

When the sun’s light reflected just right, I saw it again. Those bronze-colored flakes that look as if a penny had been shredded and dispersed through the rock. The mineral is called peridotite or lamprolite, the residue of magma having cooled and hardened.

This igneous formation is one of the rarest and strangest substances on the planet.

The only other known lamprolite deposit in Kansas, the Rose Dome intrusion, is located just a few miles to the northeast.

In other places where deposits like these exist, such as the Kimberly region in western Australia, diamonds have been found. Murfreesboro, Arkansas, is one such place, home to Crater of Diamonds State Park, where tourists pay a few dollars to try their hand at prospecting for a day.

The undiscovered wealth lurking beneath Woodson County may be immeasurable, a seemingly wild supposition, though one geologists from Emporia State University even support.

It was a belief shared by prospectors in the late 1870s, who swarmed the area in droves when it seemed they’d discovered a paradise rich in gold, silver, precious metals and stones, recalling the fervor of the California Gold Rush and sites like Deadwood, South Dakota.

The sandstone that’s morphed into blueish-purple quartzite, which litters the mine floor and dyes the soil an inky hue, must have captured their imaginations as well.

As one countian, Eva Cox Depew, put it at the time: “Rumors of this newest El Dorado had spread like wildfire and daily through Yates Center by covered wagon, horseback and afoot, battered old prospectors shared the road with young fellows heeding the call of adventure for the first time.”

“No need to speculate on the destination of a man with a few possessions wrapped in a bandana and tied to the end of a stick carried over his shoulder,” she wrote in a letter a hundred years back.

Indeed, even though I knew better, I felt an uncontrollable giddiness as I scanned across the wall of the mine, where my own shifting movement seemingly caused the entire world to glint.

Every few feet as I traced a slow path around the mine’s rugged outline, I had to stop and touch a new surface, photograph another formation, break off another jagged fragment of amethyst or some other crystal.

Despite no town or even a post office having ever manifested, it became absolutely clear how this place earned its nickname, Silver City.

Yet it is a name shrouded in scandal, one spit with a curse from the tobacco-encrusted mouths of those who once uttered it. Around 1878-1879, poor farmers and naive investors threw away untold fortunes in the area in order to invest in mining operations with names like “Yellowjacket.”

Seems those poor fellows were the ones to get stung, though.

As I stood atop the hill overlooking the mine-pit, just south of where the tents and shanties stood so long ago, I could almost sense the ferocious ghosts of the place, the frustration and despair felt when it was eventually discovered there was no silver, no gold, no words of comfort to be uttered for those who had thrown away their livelihoods.

Although the mine shafts dug deep in the earth are all long filled in and covered over today, as I swam through the tall brittle scrubgrass near the old camp area, almost crawling while upright, I imagined falling, breaking my leg, and thinking this must have been how those prospectors had felt: shattered and alone.

It’s a revelation that so often comes too late: the blind pursuit of material wealth is a trap.

And the deadfall of Silver City is one into which many have stepped over the years.

Around 1943-1944, the Sante Fe railroad failed to repurpose the site in order to mine ballast material.

In the 1950s, one entrepreneur tried to market the lamprolite as a kind of energy-efficient insulation. Another unsuccessfully tried to get folks to purchase it as a food additive for human consumption.

Since 1961, however, the company Micro-Lite LLC has found a niche market by mining the mineral rich in magnesium, iron, and potassium in order to produce fertilizer and a gooey nutritional supplement for cattle and chickens.

“If you put it on your tomatoes,” said the foreman, betraying a slight hint of enthusiasm, “they’ll grow up all big and shiny.”

Yet perhaps also a bit blinding — like sunlight reflecting on the blue-black surface of Hill’s Pond near the original mining area.

Like the mine itself, the pond survives as a reminder of past blindness and a memorial to loss.

Or as one fictional account of Silver City puts it, “When the sun suddenly peers forth after a shower, that same hill sparkles as it has for thousands of years, as though studded with millions and millions of diamonds: now a silent monument to a thwarted dream.”

Not only a monument to the dream of unimaginable wealth, but something more, something haunting that whispers to us like wind on the vacant hill once occupied by a joyous tent city full of hopeful prospectors.

Silver City returns us to those moments in each of our lives when we placed our faith in the value of something ultimately revealed as valueless, those horrible epiphanies when we felt like fools, when it seemed life was laughing at us, taking from us something that we never really possessed in the first place.