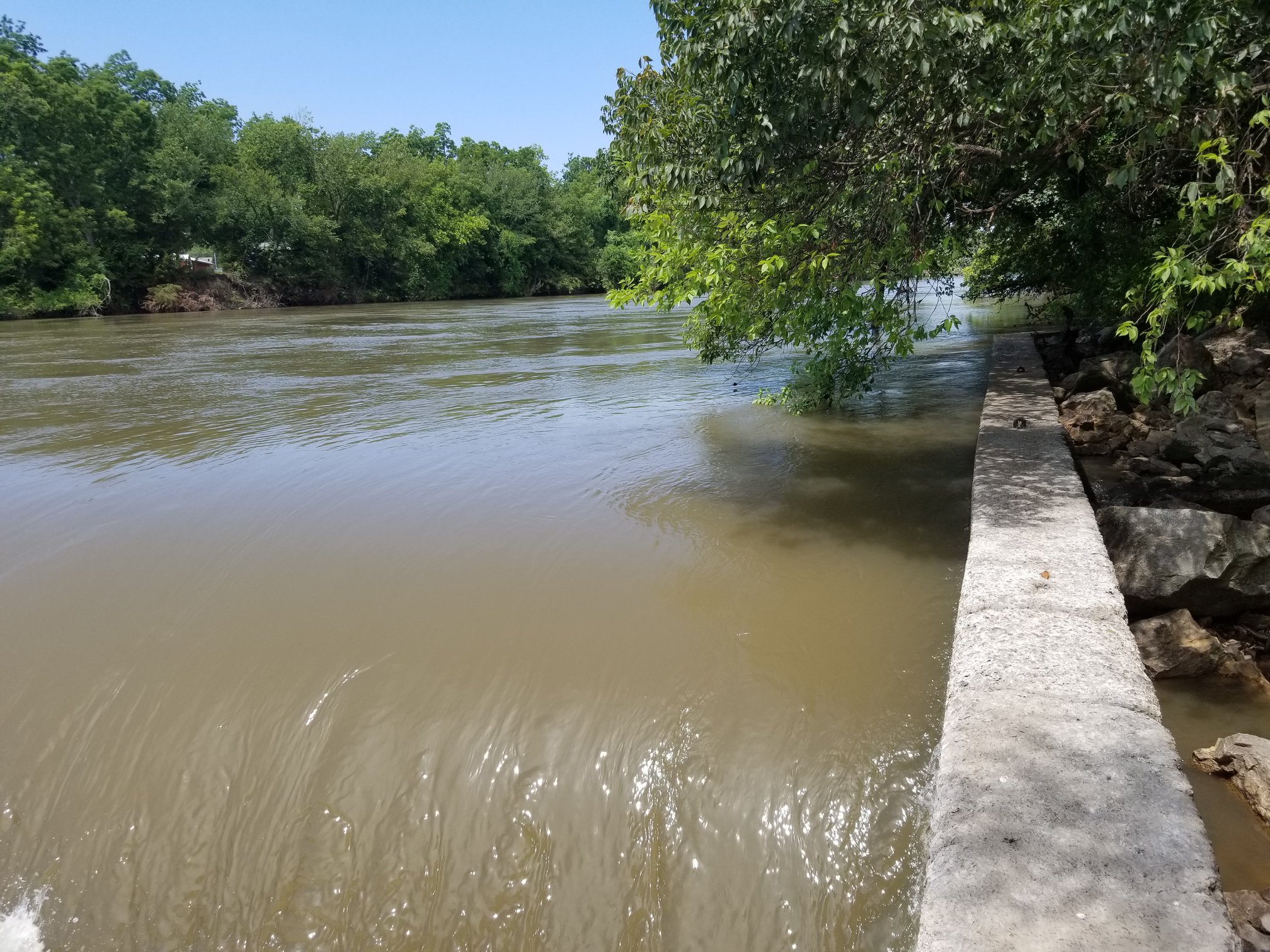 Bill Mentzer and his father used their boat to rescue neighbors trapped during the Flood of 1951 in the Neosho Falls area.

“I just felt so sorry, and my heart went out to those people.”

Mentzer, now 90, was referring to the historic “Black Friday” Flood of July 1951, when much of Iola was submerged under water, and Neosho Falls was all but destroyed.

Yet despite his humbleness, Mentzer didn’t just watch as events unfolded. Rather, the then 20-year-old jumped in his boat and set about rescuing folks in the Neosho Falls area near his family’s farm.

“It wasn’t anything exciting. It was just something that had to be done,” he said. “That’s all there was to it.”

At the time of the flood, according to Mentzer, “I was just helping dad, starting junior college. We were milking a lot of cows by hand.”

The Mentzer farm is located in northwest Allen County, fairly close to the Neosho River, though perched at a safe elevation.

“The flood was going on, and dad and I were looking at it,” Mentzer continued. “It just kept coming up and up.”

“We could see that our neighbors were going under water, so we went back and loaded up my old boat,” he said.

IT WASN’T long after taking to the water that Mentzer and his father, Leslie, started finding folks in need of help.

The Smading family were first in line.

“We stopped at their back porch,” Mentzer said, “and when we were going in, we had to maneuver through the farm implements.”

In order to slow the boat, Leslie reached out and grabbed hold of a tree, but the fierce current jerked his feet out from under him such that he’d be forced to wait there until his son’s return.

“He grabbed the tree and I kept going, and there he hung in the tree,” Mentzer said.

When he arrived, the Smadings said they were alright, but told him that they would fire a shotgun blast if they eventually needed help … which they did.

Not long after, the small house was torn from its foundations, lodging between an elm tree and an upright gas tank, and then: “Bang! Bang! Bang!”

By the time the Mentzers returned, “they’d chopped a hole in the roof, and got out on the roof,” Bill recalled. “I picked them up and took them back to the bank and dumped them off.”

BUT YOUNG “Billie” Menzter was just getting started.

Next were the Hyde family, and “there were five of them. So I had a boatload,” Mentzer said.

“But they all got in the boat, and I took them out.”

“The neighbor to the north and west of them had 50 fat hogs ready to ship,” he added. “And those hogs had all floated away, and it dragged some of them into their upstairs window, into their bedrooms. They had chickens in the house, too.”

WHEN MENTZER arrived at the Samson home, “they were all up on the porch,” he recalled.

Mr. Samson had also just watched as his hogs floated down-river, the sale of which were supposed to pay for the farm he’d just bought.

“You take the kids and I’ll row out,” he told the young Mentzer.

“So anyway, I took the family back up to dad,” that is, to where Leslie was waiting to drive folks back into town or somewhere else safe.

WHEN Mentzer made it to the Chriestenson family, “there was a hole in the hedge I could barely get through,” he recalled.

“And the current was so strong I had to go up, then come back down with the current.”

“They were out on the roof, and they were a big family, but I don’t remember how many there were. Some of them are still alive today.”

But when Mentzer arrived at the Holtz place following the Chriestensons, Bob Holtz told him: “I’m not going.”

In his signature slow drawl Holtz said, “I got a loaf of bread, and I got kerosene. I’m just fine. I’ll catch the chickens as they go by.”

LAST ON Mentzer’s list were the Cope family, who lived near the rural Punkin Kolig school.

“They were a Quaker family, and they didn’t have an automobile. They did everything by team and wagon,” Mentzer said.

“They’d taken everything they owned and put it in the hayloft of the barn,” he continued. “They were up there with their clothes and their bedding and their chickens and animals.”

“They didn’t realize that the house was higher than the barn.”

Mr. Cope didn’t want to leave behind his team and wagon, though, so he and Mentzer got them hitched up so that Cope could drive them out.

The water was already as high as the wagon box.

Returning with the Copes to safety, “just as I pulled up to the bank, my motor died,” Mentzer remembered, since someone had forgotten to add oil to the outboard motor’s gasoline.

“The Lord was with us. I was going fast enough that we floated right up to the bank and the family got out.”

“That was the end of my outboard motor,” Mentzer said. “But luckily, that was everybody.”

DESPITE the harrowing experience, when it was all over, a sense of hope and even joviality persisted, perhaps at the knowledge that everyone had survived.

“Mom cooked, and all the ladies cooked, and we ate all the stuff we had in the pantry,” Mentzer said.

“We had people there for several days, and the men all slept in the barn. The kids thought it was just fun. They really enjoyed it.”